Courteney Cox has revealed her plans to marry her Snow Patrol boyfriend, with sources telling all about her big day.

According to sources, Courteney is planning a private ceremony for her wedding to Johnny McDaid, and the best part is her daughter Coco is set to be a bridesmaid on the day. 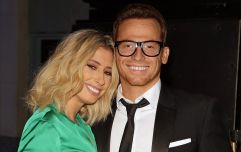 END_OF_DOCUMENT_TOKEN_TO_BE_REPLACED

After being away from each other for nine months, the pair finally got to be reunited. As they say, distance makes the heart grow fonder and it must be true as they're hoping to be married in Derry this Christmas, Johnny's hometown.

Also claiming Courteney has asked 17 year old Coco, whom she shares with ex-husband David Arquette, the source added that Jennifer Aniston is also set to be joint maid of honour. 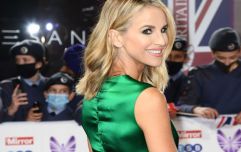 END_OF_DOCUMENT_TOKEN_TO_BE_REPLACED

A source told Closer magazine: "Courteney and Johnny's stint apart was a huge wake-up call. and they agreed to marry as soon as the Covid restrictions eased so they could celebrate with all their loved ones."

"They're planning an intimate winter wedding in Johnny's hometown of Derry, Northern Ireland in December at a local church, followed by a big party at a romantic castle nearby set in 1.000 acres of private land.

"Courtney asked Jen and her daughter Coco, 17 to be joint maid of honour, and she can't wait to finally become Mrs McDaid and make things official."

The couple celebrated their eight year anniversary last week, with the Friends actress saying: "8 years later…I asked him to come up with a caption and he fell asleep. Still got it."

popular
Actor and Wife To Divorce After 23 Years of Marriage
People are being warned not to dress as Jeffrey Dahmer for Halloween
Anna Delvey is set to be released from prison
Why Are Men so Obsessed With Boobs? The Answer is Pretty Surprising...
Primark reintroduces female-only fitting rooms after two men walk in on woman
Davide Sanclimenti opens up on having kids with Ekin-Su Cülcüloğlu as he turns down Dancing On Ice
So apparently George and Mollie from Love Island aren't actually step siblings
You may also like
1 month ago
Stacey Solomon shares tribute to sons who acted as her best men
2 months ago
Stacey Solomon gives fans a glimpse at her wedding venue
2 months ago
Graham Norton reportedly tied the knot in West Cork this weekend
3 months ago
First photos of Britney's wedding released and her dress is stunning
4 months ago
Elvis weddings could soon be banned from Las Vegas
4 months ago
Pregnant bride goes into labour on her wedding day four weeks early
Next Page