"I feel nobody is listening."

For the first time, she has opened up about having a severely autistic son and how she had to give up her singing career to care for him full time. 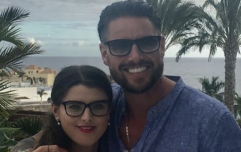 END_OF_DOCUMENT_TOKEN_TO_BE_REPLACED

The Cork mum said she is "begging every day” for help but feels like no one is listening to her and her husband, Tim O'Connor, or other parents in similar circumstances.

In a heartbreaking interview with RedFM's Niall Prendaville, she said:

“He is the light of our lives and we absolutely adore him, but life with Paul is very, very difficult. 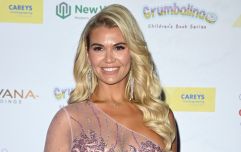 END_OF_DOCUMENT_TOKEN_TO_BE_REPLACED

"There are special schools, called units, which are attached to mainstream schools that cater for children with autism, but unfortunately Paul has gone past that now.

“What he will need going forward is a special school.

"At the moment myself and my husband are fighting a huge battle as parents to ensure that our son is getting the proper services that he needs." 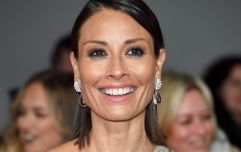 END_OF_DOCUMENT_TOKEN_TO_BE_REPLACED

She went on to describe how she sometimes feels "imprisoned" in her own home.

"I'm finding it increasingly difficult to look after him because he is non-verbal and cannot communicate his needs to us and he has a lot of frustration so lashes out a lot, but it's through no fault of his own.

“All mirrors and glass have had to be taken down for his safety.

"He has no fear because he has no understanding, he sees the world through completely different eyes."

She continued: "I feel nobody is listening. I'm begging on my knees every day for help, support, and services for my child."

By speaking out, Dervla hopes she can highlight the struggles faced by the many other parents of children with autism.

"My child deserves an education. All of these children do, they deserve dignity, respect, it is a constitutional right.

“Even though Paul has very complex needs, he has intelligence inside of him, and I know a special school would be the key to unlocking it.”

popular
Traditional names such as Mary, Maureen, John and Michael may soon be extinct
The 2 Johnnies share unbelievable catfish ordeal as woman 'targets 40 people'
Toddler drowns in swimming pool while on holidays in Costa Blanca
This is how much Kourtney and Travis' wedding cost
Kardashian fans in hysterics after Kim's vegan advert
Kevin Spacey charged with four counts of sexual assault against three men
Daughter of teacher killed in Texas school shooting pays tribute
You may also like
6 months ago
Presenter Melanie Sykes opens up about being diagnosed with autism, aged 51
1 year ago
“Say yes to autism acceptance” SuperValu & AsIAm launch new campaign
1 year ago
Christine and Paddy McGuinness to shoot documentary about raising 3 children with autism
2 years ago
Tayto Park has announced a special Autism Awareness weekend
3 years ago
Lidl is selling noise cancelling headphones for kids next week
3 years ago
Kildare mum left heartbroken after her autistic son was denied a place in local school
Next Page