Did Nicki Minaj Confirm Her Pregnancy at a Concert?!

Rumours have been swirling for a while that Nicki Minaj might be pregnant and she seemed to add fuel to the fire this weekend.

The Starships singer introduced her partner Meek Mill during a concert on Friday as her “baby father.” 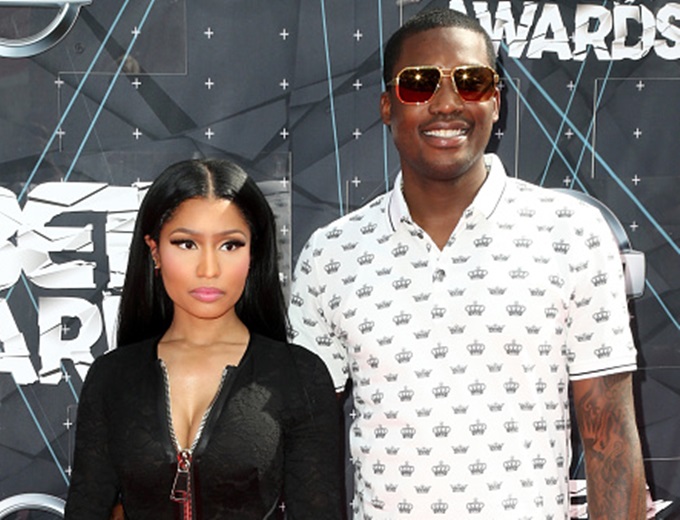 Nicki Minaj with her other half Meek Mill.

She told the audience (who subsequently cheered): “make some noise for my baby father.”

Following the gig, a fan uploaded footage of the moment that she appeared to confirm speculation.

However there has still been no official confirmation of the news.

popular
Meabh Feerick passes away after sharing that she felt "let down" by Irish healthcare system
Vicky Pattison thanks fans for support after doctors find ovarian cyst
Stacey Solomon mortified after walking around shop in see through leggings
Liveline listeners call for RTÉ's new property show to be scrapped
Father and daughter stabbed to death in London
Negative Covid tests will be required to enter Ireland, Cabinet agrees
14-year-old boy charged with murder of 12-year-old Ava White
You may also like
2 years ago
Turns out, this colour of wine gives you the WORST hangover
5 years ago
Lily Allen has revealed that she was stalked for seven years
5 years ago
Pretty Little Liars actor Brandon Jones could be facing over five years in prison
5 years ago
Gwen Stefani Receives Massive Backlash After "Insulting" April Fools' Prank
5 years ago
Katie Price Names And Shames The Twitter Trolls Bullying Her Son Harvey
5 years ago
Kim Kardashian Blasts "Body-Shaming and Slut-Shaming" In Brilliantly Honest Post
Next Page