The American Horror Story star gave birth to a baby boy named Rhodes this week, according to TMZ. The publication reports that the child weighed nine pounds, and that both baby and mother are "doing great."

Roberts announced the news that she was expecting her first child in August, sharing a photo of herself cradling her bump. She wrote: "Me... and my two favourite guys."

29-year-old Roberts and fellow actor Hedlund are believed to have started dating at the beginning of last year.

The couple were spotted together on a date in LA in early 2019 and later again holding hands in New York a few months later.

Roberts, who is best known for her work on the aforementioned American Horror Story, was previously engaged to her co-star Evan Peters. 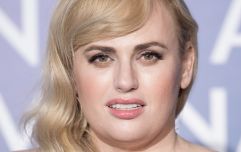 END_OF_DOCUMENT_TOKEN_TO_BE_REPLACED

The pair dated on and off for seven years before eventually splitting for good last year. They met on the set of film Adult World in 2012 and later went on to star together in the Ryan Murphy series.

35-year-old Hedlund began his career in 2004 when he starred alongside Brad Pitt and Orlando Bloom in Troy. He later went on to appear alongside Billy Bob Thornton in Friday Night Lights and TRON: Legacy.

Hedlund and Roberts have kept their relationship mostly private since they started dating. They have yet to comment publicly on the birth of their son.

Girls With Goals || Her · Ep.151: 'A Story Shared' - Aoife P. Rafter on blogging during a pandemic and living with CF
popular
Here's what will happen in Bridgerton season 2 - if Netfix goes by the books
Netflix announces new true crime documentary series: The Vanishing At The Cecil Hotel
QUIZ: How well do you remember these minor characters from Friends?
Someone has ranked the penis size of men from all over the world
QUIZ: How well do you really remember the first episode of Grey's Anatomy?
When will lockdown end in Ireland?
Netflix's The Circle is the best reality show on TV
You may also like
1 week ago
Kim Kardashian and Kanye West reportedly filing for divorce
1 week ago
Irish Harry Potter star Devon Murray welcomes first child
2 weeks ago
Jessie J left "struggling to walk or hear" after Meniere disease diagnosis
3 weeks ago
"Biggest achievement:" Hollyoaks star Talia Grant comes out as non-binary
3 weeks ago
"The pigeon lady was very much on her own:" Brenda Fricker will be spending Christmas alone
2 weeks ago
Amy Huberman and Brian O'Driscoll welcome third child
Next Page