2020 has triggered many an unexpected turn of events.

One of the most surprising of which has come in the form of a recent and profound respect for Jedward.

A mere 10 years after shooting to fame on The X Factor, the Dublin twins are suddenly relevant again. Not for their music or their hair, but for their seemingly abrupt interest in politics.

A decade later and the intense vitriol too often aimed at them has all but disappeared. Now, almost all mentions of Jedward on social media are free from animosity. In fact, the vast majority of them are overwhelming positive.

You name it and chances are the twins (or a clever social media manager) have weighed in on it over the past few weeks, all but hurling themselves into the eye of the Covid-commentary storm... And everything else that's been causing mild to considerable controversy in recent days.

Jedward could be rotating Taoiseachs but Leo & Micheál couldn't do Eurovision 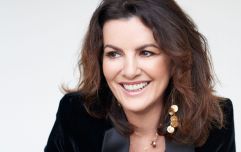 END_OF_DOCUMENT_TOKEN_TO_BE_REPLACED

Celebrities who were once painfully innocent and entirely innocuous have lowkey become the voice of the people: angered, straight-talking, and making a lot of sense, actually.

Earlier this year, their new and unexpected politicisation (we can call it that, yeah?) was documented online as they were spotted driving through Los Angeles, donning masks, protesting alongside the Black Lives Matter movement.

More recently, they have encouraged the use of sun protection (after enduring an intense sunburn, nonetheless), suggested they take over the roles of Taoiseach and Tánaiste, and annihilated those who attended the recent mask-less lockdown protest.

It would seem that at the moment, Jedward could do no wrong - at least, in the eyes of the standard liberal Twitter user, who tends to agree with most of what they're saying while also enjoying the fact that it's literally coming from one of Jedward.

Couple that with the random and yet deeply personal DMs they're sending to anyone, the fact that they were (are?!?) quarantining with Tara Reid in her tiny LA apartment, and their newfound interest in the Irish political sphere and you've got a deeply unproblematic pair that almost anyone can make their new fav.

So, why the sudden interest? How come now, after all these years, have Jedward decided to step back into the social media limelight, do decent numbers, and pick fights with members of The Corrs?

Is this a strategy to increase their following and stay relevant? Are they trying to bump up the listens on their latest release?

Or are they, like the rest of the country, simply fed up, tired, and frustrated, desperately seeking an output for their anger, and gain a bit of delayed respect in the process?

Whatever the reason, it's working.

popular
10 Dublin restaurants with outdoor areas we'll be hitting up for the next 3 weeks
WATCH: Simone Biles just did a triple backflip, a move not even recognised in women's gymnastics
Tried and tested: 3 sheet masks that seriously impressed me
The Christmas movies TV channel is launching this week
Here's what happens on every day of your menstrual cycle (roughly)
Someone has ranked the penis size of men from all over the world
The Queen has banned Meghan Markle from wearing any of Princess Diana's jewellery
You may also like
1 week ago
Amy Huberman and Brian O'Driscoll expecting third child together
3 weeks ago
Ed Sheeran and wife Cherry Seaborn have welcomed their first child
3 weeks ago
Katy Perry and Orlando Bloom welcome first child together
4 weeks ago
Girls Aloud's Sarah Harding is battling advanced breast cancer
4 weeks ago
Jamie Lynn Spears appointed Britney's trustee to protect finances for children
2 months ago
Tom Hanks says that he doesn't have "much respect" for people who don't wear masks
Next Page