They grew up worlds apart but have a genealogical connection.

As speculation builds that Meghan Markle and Prince Harry will soon get engaged, someone's gone to the trouble of checking out their family trees.

It turns out that the royal and his Californian-born other half are actually a little bit related.

END_OF_DOCUMENT_TOKEN_TO_BE_REPLACED

They're distant cousins, related through Meghan's father Thomas and Harry's great-granny, the Queen Mother, reports the Mail on Sunday.

The families share a common ancestor, Ralph Bowes, a High Sheriff of County Durham in England in the 15th century.

His granddaughter Bridget married John Hussey and their grandson Christopher Hussey moved to the US as a settler in 1632. 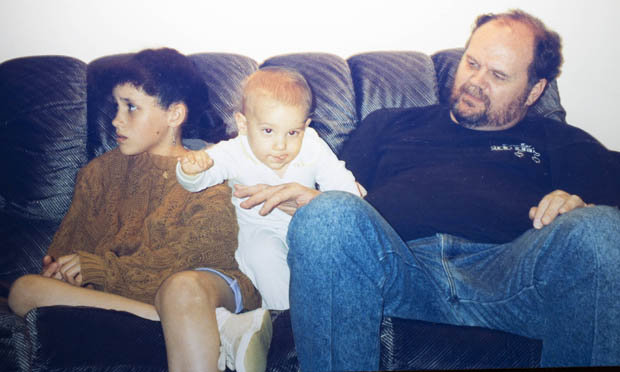 Meghan, her nephew Thomas and her father, also Thomas.

END_OF_DOCUMENT_TOKEN_TO_BE_REPLACED

He lived in what is now Massachusetts and was an ancestor of Meghan's dad.

END_OF_DOCUMENT_TOKEN_TO_BE_REPLACED

He was a relative of Elizabeth Bowes Lyon who married George VI and went on to become the Queen Mother (mum to the current queen of England, Elizabeth II).

Still with us? It's all slightly complicated, but their common ancestor makes Harry and Meghan 15th cousins - not too closely related, thankfully.

Harry and Meghan have been seeing each other (at least publicly) for over a year.

She dropped the biggest hint yet that she's moving to the UK to be with Harry by reportedly handing in her notice to the bosses at hit TV show Suits last month.

"Meghan knows she can’t really act at the same time as being a princess and is happy to make this career sacrifice," a source said.

"She really enjoys her charity work with Unicef and will broaden out her charity commitments when she becomes a full-time royal."

popular
He may be a politician, but Leo Varadkar's personal life is none of our business
EastEnders' Samantha Womack "thankful" as she is now cancer-free
Parents told to stop buying selection boxes for kids- here's why
Mollie King shares how her daughter's middle name honours her late father
This Netflix Christmas film is being dubbed the perfect rom-com
Should pit bulls be banned in Ireland? Parents express concerns after recent attacks
"I slept with your fella": Vogue speaks out about ex's cheating
You may also like
2 months ago
Prince Harry told about Queen's death five minutes before public announcement
2 months ago
Prince Harry issues statement following death of Queen Elizabeth
3 months ago
Why Meghan Markle doesn't share photos of her children
3 months ago
5 things we learnt from Meghan Markle's most recent interview
3 months ago
Meghan Markle reveals Archie's nursery went on fire during royal tour
4 months ago
Prince William and Kate send birthday message to Meghan Markle
Next Page