Fans think Geordie Shore's Chloe Ferry looks like "a different person" in a new image posted to Instagram last night. In the snap shared by fellow castmate, Marnie Simpson, the pair posed while out for drinks and people couldn't believe it was Chloe sitting alongside the 26-year-old.

The star who first took to the hit MTV show in 2015 has changed her look dramatically over the years, admitting to various cosmetic procedures including lip fillers, botox, two nose jobs, cheek filler, a boob job, a bum lift, as well as new teeth, getting veneers in 2015 and lastly, tattooed eyebrows. 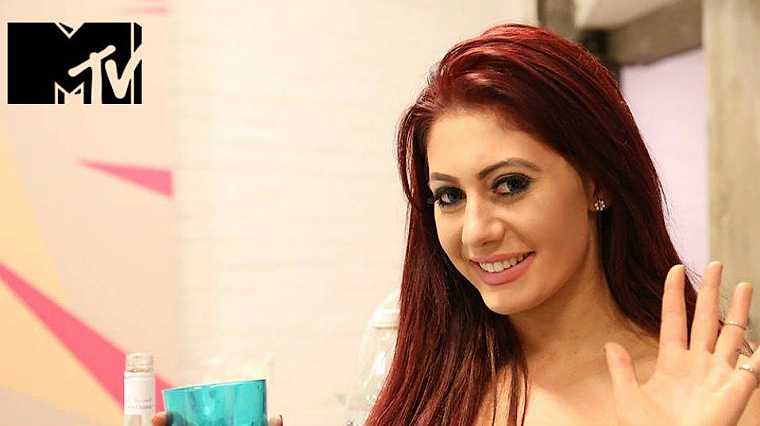 In the picture shared by Marnie, fans didn't hold back to share their thoughts.

"You both looked so much better before you got all the work done!"

END_OF_DOCUMENT_TOKEN_TO_BE_REPLACED

Many supporters of the pair replied to the negative comments reminding people that it's "hate like this" that drives the pair to become more concious of their look and try to change how they appear.

Chloe however takes the comments in her stride, often posting images saying "this is one for the haters" in retalliation to mean comments that focus on how she looks.

"I've been told that I look awful and that I've ruined my body. Everyone has an opinion, but at the end of the day it's my body and it's what I want to do with it." Chloe revealed to MTV in August.

But now, it looks like her array of surgeries may have come to an end, as she has reportedly told boyfriend, Sam Gowland that "this is it" when it comes to surgery. The star concluded by telling the publication that she's happy with how she looks now.

popular
QUIZ: How well do you remember The Princess Diaries?
5 absolute essentials for when you're having the gals over for a summer evening soirée
Security footage released of Naya Rivera as search is updated to recovery mission
Know someone from Dublin who is living abroad? They might need this candle
Glossier: A first-time buyers guide to this cult beauty brand
James Franco Has Opened Up About His Relationship With Lana Del Rey
Accents Coffee & Tea Lounge in Dublin has closed its doors for good
You may also like
1 week ago
Lizzo, Jennifer Aniston and other celebrities tell fans to wear face masks
1 month ago
From Miami to Mallow: The Irish Instagram star who's renovating an old post office during lockdown
4 months ago
Sex Education and Stranger Things fans will love the latest series to drop on Netflix
4 months ago
Finn Tapp and Paige Turley are crowned our 2020 Love Island winners
4 months ago
Dermot Kennedy sends sweet good luck message to aunt Mary Kennedy on DWTS
4 months ago
'I really did want to stay' Maura Higgins is the latest skater to get eliminated from Dancing On Ice
Next Page