This is just baffling.

Why, oh why, would anyone want/need to photoshop someone as beautiful as Gigi Hadid, (or anyone for that matter)?

Well, the folk at Vogue China thought it necessary, as apparently she just wasn't perfect enough.

Gigi took to Instagram to share her recent Vogue China cover in which she looks smoking hot as per.

However, eagle eyed fans noticed something missing... her moles.

Fans were quick to express their distaste and downright confusion at the choice. 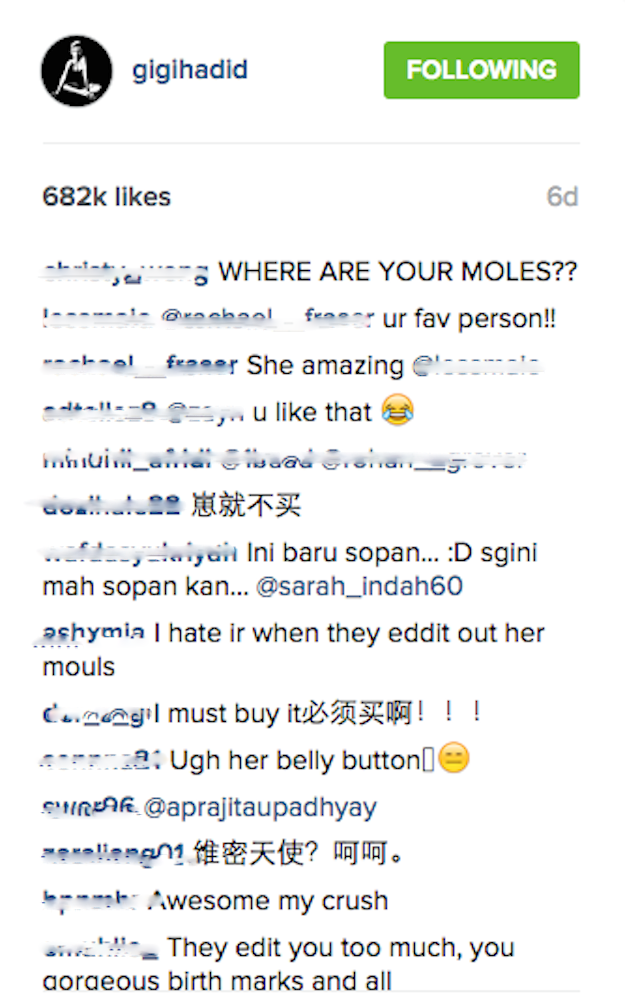 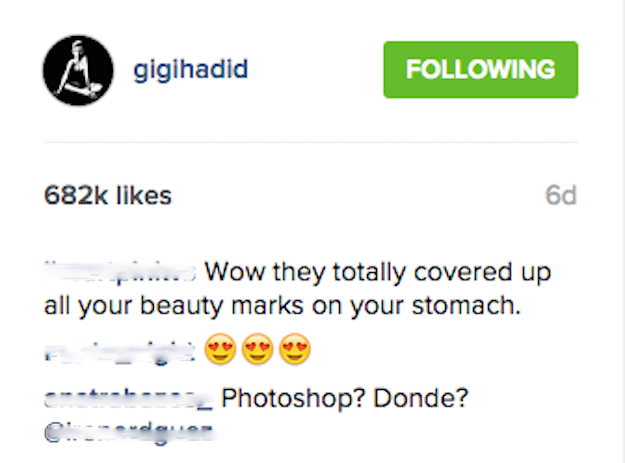 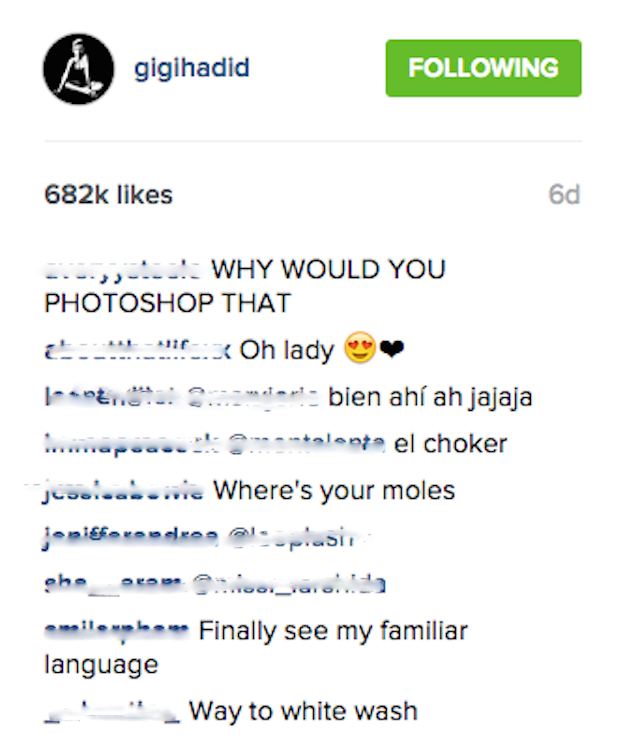 So far there has been no comment from the young supermodel, but we are seriously still scratching our heads here.

popular
Tasha Ghouri lands major brand deal post Love Island
Andrew McGinley says he is seeking a divorce from Deirdre Morley
Eamon Ryan's mother dies in tragic accident on family holiday
Love Island's Danica said she felt "disrespected" in the villa
Olivia Wilde accuses ex Jason Sudeikis of 'threatening' her
WATCH: Olivia Newton-John's daughter shares duet with mother
Everything we know about Love Island USA's Irish premiere
You may also like
6 months ago
Opinion: We need to think before commenting on other people's bodies, even if it's positive
10 months ago
Adele said that her anxiety caused her to lose weight
11 months ago
Why ‘skinny shaming’ can be damaging too
1 year ago
Let's get rid of the stigma around body hair - it's just hair
1 year ago
Opinion: Selena's swimwear photoshoot needs to open the conversation more
1 year ago
Opinion: Kate Winslet's attitude towards her body is exactly what we need more of in media
Next Page