GIRLS actress Shiri Appleby has announced she is pregnant with her second child, posting an adorable snapshot of family life to her Instagram account. 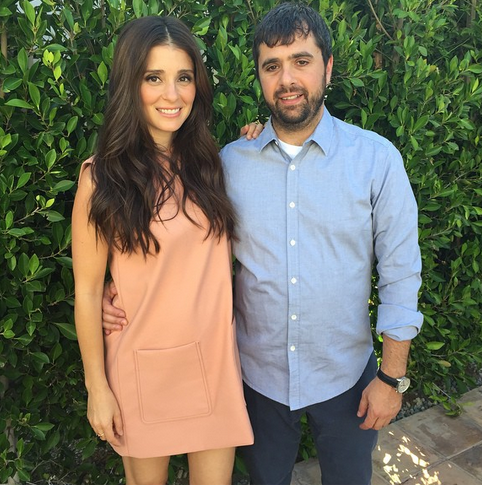 The 36-year old, who has starred in GIRLS, Life Unexpected and Roswell, confirmed she’s adding to her brood, captioning a shot of her growing baby bump:

This will be the second child for Shiri with her fiancé, chef Jon Shook.

END_OF_DOCUMENT_TOKEN_TO_BE_REPLACED

The pair are already parents to 2-year-old daughter Natalie Bouader.

The actress previously spoke at her joy of becoming a mum, telling People magazine:

“I’m having the time of my life. Being a mom has just really changed me and opened me up a lot. I’ve never been so happy and grateful for things.”

popular
Shawn Mendes (24) is reportedly dating Dr Jocelyne Miranda (50)
Lauren Graham shares who she thinks Rory's baby daddy is
Brighten up your Christmas with these affordable festive lights, coming to Lidl next week
Paula MacSweeney praises healthcare workers after baby boy is hospitalised with RSV
Phoebe Bridgers says Christmas in Maynooth is like a "rom-com"
3 simple tips to get your nails in shape ahead of Christmas
Why Are Men so Obsessed With Boobs? The Answer is Pretty Surprising...
You may also like
3 years ago
Turns out, this colour of wine gives you the WORST hangover
6 years ago
Gwen Stefani Receives Massive Backlash After "Insulting" April Fools' Prank
6 years ago
Katie Price Names And Shames The Twitter Trolls Bullying Her Son Harvey
6 years ago
Kim Kardashian Blasts "Body-Shaming and Slut-Shaming" In Brilliantly Honest Post
6 years ago
WATCH: Emma Watson Launched HeForShe Arts Week On International Women’s Day
6 years ago
Kylie Minogue Just Served Kylie Jenner With Some Scathing Home Truths
Next Page