The star also alluded to her experience with miscarriage.

Hilaria Baldwin has expressed her gratitude to the "very special angels" who helped bring her newborn daughter into the world.

In the emotional Instagram post, Hilaria shared a snap of baby Lucía next to five-month old Eduardo yesterday. 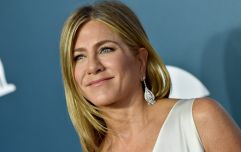 END_OF_DOCUMENT_TOKEN_TO_BE_REPLACED

Hilaria wrote: "Our hearts are filled with so much gratitude. The Baldwinitos craved so much to have a little sister."

In the post, Hilaria recounts the pain of her miscarriage: "Many of you may remember the loss of their sister at 4 months in the end of 2019. There isn’t a day that goes by where we don’t ache for our daughter."

She continues: "When I found out our baby had died, I told our children that their sister was going to come, just not at that time. Nothing will ever replace her, but two wonderful souls have come into our lives, and we are humbled to know them."

The star added that her children were brave during a time of "tremendous grief".

She described Eduardo as a rainbow baby - a term used for a child born after miscarriage. Speaking on Lucía, Hilaria thanked the "angels" who made her birth possible. She concluded saying: "Our babies who bring light into our lives - almost like twins, we love you so much." 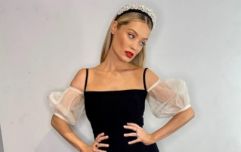 END_OF_DOCUMENT_TOKEN_TO_BE_REPLACED

The Baldwins, who announced the new arrival earlier this week, have been the subject of much speculation. Alec defended his family on Instagram, after fans made comments about the situation. One social media user urged Hilaria to reveal whether she chose to adopt or went with a surrogate. They also insinuated that the baby was somehow the result of an affair.

Alec simply responded: "You should shut the f*ck up and mind your business."

Hilaria disabled comments on her Instagram earlier this week. She continues to share photos of her growing family with her 909.9k followers.
Advertisement