He went to doctors for a check up.

The actor, who plays Alf Stewart in the soap, went for a routine check up, however, doctors discovered he had serious blockages in his arteries. 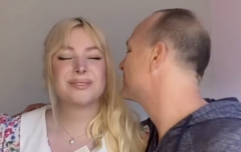 END_OF_DOCUMENT_TOKEN_TO_BE_REPLACED

According to the Melbourne Herald Sun, doctors were first going to carry out a stent procedure but decided to schedule him in for open heart surgery the next day.

Digital Spy reports that he is "feeling pretty cheerful" now that he is at home and recovering from the surgery.

His rep said: "We can confirm that Ray has recently undergone a triple bypass. He was in hospital for a couple of days and is now home and feeling pretty cheerful. We know that all of his fans will join us in wishing him a speedy recovery."

Ray has played Alf Stweart on Home and Away since 1988. He also travels over the the UK each year to take part in pantomimes on the West End.