It's official: Billie Eilish will sing the theme song for the 25th James Bond film, No Time To Die.

No Time To Die is in cinemas globally from 2 April 2020 in the U.K. and Ireland through Universal Pictures International and in the U.S on April 10, from MGM via their United Artists Releasing banner.

Billie Eilish is the youngest artist in history to write and record a James Bond theme song.

“We are excited to announce that Billie and FINNEAS have written an incredibly powerful and moving song for No Time To Die, which has been impeccably crafted to work within the emotional story of the film,” said Michael G. Wilson and Barbara Broccoli, the producers of No Time To Die.

“It feels crazy to be a part of this in every way. To be able to score the theme song to a film that is part of such a legendary series is a huge honour.  James Bond is the coolest film franchise ever to exist. I’m still in shock," Eilish said.

“Writing the theme song for a Bond film is something we’ve been dreaming about doing our entire lives. There is no more iconic pairing of music and cinema than the likes of Goldfinger and Live And Let Die. We feel so so lucky to play a small role in such a legendary franchise, long live 007,"  FINNEAS adds. 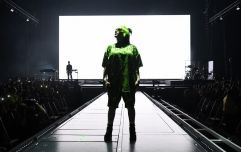 END_OF_DOCUMENT_TOKEN_TO_BE_REPLACED

“There are a chosen few who record a Bond theme.  I am a huge fan of Billie and FINNEAS.  Their creative integrity and talent are second to none and I cannot wait for audiences to hear what they’ve brought – a fresh new perspective whose vocals will echo for generations to come,” said Cary Joji Fukunaga.

Billie Eilish released her debut album When We Fall Asleep, Where Do We Go? in March 2019.

The Album Of The Year nominated full-length debuted at No. 1 on the Billboard 200 in the U.S as well as 17 additional countries around the world upon release.

In No Time To Die, Bond has left active service and is enjoying a tranquil life in Jamaica. His peace is short-lived when his old friend Felix Leiter from the CIA turns up asking for help.

The mission to rescue a kidnapped scientist turns out to be far more treacherous than expected, leading Bond onto the trail of a mysterious villain armed with dangerous new technology.

popular
How to cope in this humidity: From sleeping better to dealing with frizzy hair!
Hot New Couple Alert: Rumer Willis Dating Soap Star Ricky Whittle
Someone has ranked the penis size of men from all over the world
Power ponytails and perfect messy buns! Here's some TikTok hair hacks to try at home
Here's how long sperm actually lasts for after sex
According to experts lunchboxes could be a big transmitter of Covid-19
This no bake 'Chocolate Refrigerator Cake' recipe has us drooling
You may also like
2 months ago
Snapping the stars: Lucy Foster on photographing cousin Dermot Kennedy and Billie Eilish
4 months ago
#stayathome: RTÉ to broadcast coronavirus concert special featuring Billie Eilish, Paul McCartney and other huge names
5 months ago
My day at The Brits: passionate performances and a mid-show pizza
7 months ago
'My heart is shattered' Billie Eilish pays emotional tributes to fans who passed away
7 months ago
WATCH: Billie Eilish's Carpool Karaoke is just as iconic as you'd expect
8 months ago
Billie Eilish's debut album is Spotify's most streamed new release of 2019
Next Page