Is Mel B Hinting At A Full Spice Girls Reunion?

Could there be a full Spice Girls reunion on the horizon? We really hope so!

Mel B has made no secret that she would like a reunion with the girls but most people had assumed that if it were to happen it would do so without Victoria. However now Mel has dropped a hint that we could be looking at all 5 girls getting back together.

She told the Associated Press, “I think it’s our 20th year next year so we’re going to be doing something at some point with hopefully all of us.” 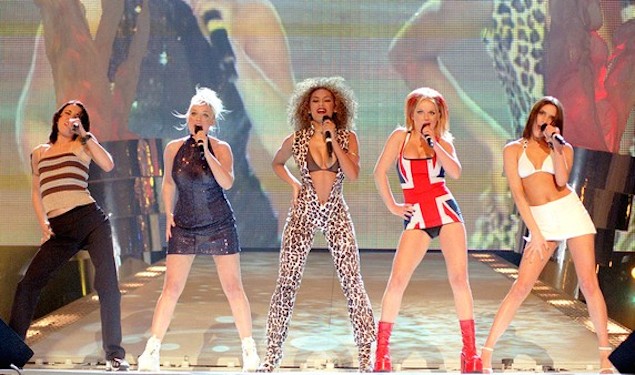 END_OF_DOCUMENT_TOKEN_TO_BE_REPLACED

Reminiscing about her time in the girl group she added, "I think once you’ve had a taste of that you’ll always strive for that high."

“I mean there’s nothing like getting up on stage and performing live to your fans and to a great crowd. You can’t beat that. So I’m always wanting that feeling back.”

The 40-year-old will host a UK version of the popular Spike show Lip-Sync Battle, alongside Professor Green. It begins January 8th on Channel 5 and will see Alesha Dixon battle against David Walliams.

popular
Tributes paid as Sex and the City star Willie Garson dies aged 57
Gabby Petito: Police resume search of Florida swamp for fiancé
Germans shocked as cashier killed for asking about a face covering
Gabby Petito disappearance: FBI confirm remains found are that of missing woman
ISPCA issue urgent appeal for over 100 cats and kittens
New 911 call claims Brian Laundrie 'slapped' and 'hit' Gabby Petito
Designer Tom Ford's husband of 35 years dies at 72
You may also like
3 weeks ago
Baby on Nirvana’s Nevermind album cover sues over child exploitation
1 month ago
Laura Whitmore joins campaign to end sexual harassment at gigs
1 month ago
Dolly Parton is working on her first ever novel
1 month ago
A Lizzo and Cardi B collaboration is coming out tomorrow
1 month ago
Electric Picnic won't go ahead this year as Laois County Council refuse to grant licence
1 month ago
WATCH: WAP sign language interpreter steals the show at festival
Next Page