J.K Rowling has a new TV series and we are so excited

From the prolific storyteller comes another adaptation of one of her books. However, this time it involves no wands and spells. Instead, Strike: The Cuckoo's Calling, is the first of her detective novels to make it to the big screen.

END_OF_DOCUMENT_TOKEN_TO_BE_REPLACED

Incase you haven't read the book (without giving away too many spoilers), Cormoran Strike is a private investigator who, along with his assistant Robin Ellacot, solves crime in London. Think Sherlock Holmes but with less mystical tricks and more hard, factual crime. 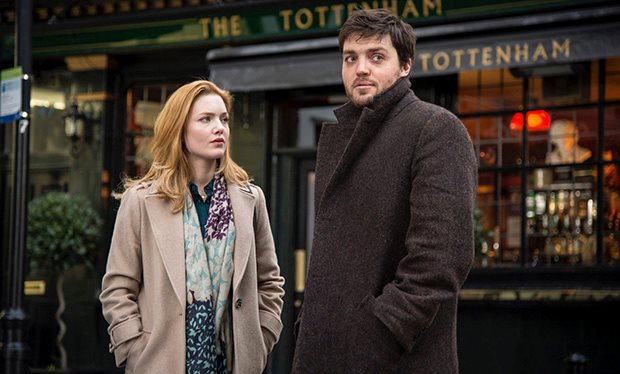 The Guardian spoke to the TV show's executive producer, Ruth Kenley-Letts who said: "It makes a nice change to have a show where the crimes aren't solved in a clever-dick way but because they put the effort in."

Strike: The Cuckoo's Calling hits our screens this month August 27th on BBC One.

The Strike series is here. #TheCuckoosCalling. Based on a novel by @jk_rowling, writing as Robert Galbraith. Starts Sunday 27th August. 9pm. pic.twitter.com/4GtpVzpBRw

Girls With Goals || Her · Ep.160: The Beauty Of Coaching - Hayley Harrison joins us from Sport Ireland
popular
Zoos, heritage parks, & nature walks: Here's what's opening on April 26
M&S just launched the designer collaboration of dreams – with the ONE dress everyone needs
TikTok Trend: What is laundry stripping and does it work?
Kate Middleton has addressed the rumours that she's pregnant with her fourth child
Rosacea awareness month: 3 skincare products many rosacea sufferers swear by
Starbucks has a bubblegum-flavoured frappuccino on their menu – but you need to hurry
Jennifer Aniston is reportedly pregnant with her first baby
You may also like
5 days ago
BBC renews Call The Midwife for three more seasons
1 week ago
QUIZ: How well do you really remember the first episode of Grey's Anatomy?
1 week ago
SpongeBob SquarePants episodes pulled from streaming over 'inappropriate' storylines
3 weeks ago
Oscar-nominated actor George Segal dies aged 87
1 month ago
Netflix testing feature that could lead to password-sharing crackdown
1 month ago
The Queen's Gambit is being adapted into a stage musical
Next Page