Jacqueline Jossa has revealed that she and Dan Osborne were tempted to tie the knot in Las Vegas.

The couple spoke to OK! magazine about their wedding plans during the trip which celebrated their engagement.

END_OF_DOCUMENT_TOKEN_TO_BE_REPLACED

The EastEnders star admitted: “It (Vegas) was more romantic than I thought it would be. I was thinking we could get married here.

“We had that conversation but before we flew out, Dan’s mum said ‘Don’t get married without us!’” 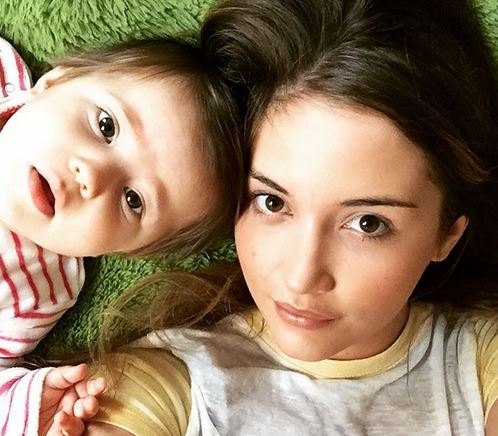 The actress with their baby girl Ella (images: Instagram).

END_OF_DOCUMENT_TOKEN_TO_BE_REPLACED

The couple are now planning their trip down the aisle for September 2016, something which Jacqueline can’t wait for.

She explained: “I can’t wait to be Dan’s wife and to have the same surname as him.”

Perhaps the nuptials will happen in Vegas...

popular
Shawn Mendes (24) is reportedly dating Dr Jocelyne Miranda (50)
Why Are Men so Obsessed With Boobs? The Answer is Pretty Surprising...
3 simple tips to get your nails in shape ahead of Christmas
Brighten up your Christmas with these affordable festive lights, coming to Lidl next week
Gwen Stefani reportedly pregnant with baby number four
Lauren Graham shares who she thinks Rory's baby daddy is
Science says this is how many dates you have to go on before you find 'The One'
You may also like
3 years ago
Turns out, this colour of wine gives you the WORST hangover
6 years ago
Gwen Stefani Receives Massive Backlash After "Insulting" April Fools' Prank
6 years ago
Katie Price Names And Shames The Twitter Trolls Bullying Her Son Harvey
6 years ago
Kim Kardashian Blasts "Body-Shaming and Slut-Shaming" In Brilliantly Honest Post
6 years ago
WATCH: Emma Watson Launched HeForShe Arts Week On International Women’s Day
4 days ago
This is the date we'll get to see Prince Harry and Meghan Markle's Netflix series
Next Page