Something many can relate to.

Jacqueline Jossa has opened up for the first time about her relationship with Dan Osbourne, following THAT kissing scandal.

You may recall, earlier this year it was reported that Dan was spotted kissing Alexandra Cane from Love Island while Jacqueline was at home with their two young children.

"Both Jacqueline and Dan have told their friends it’s over. She was absolutely furious when she found out what he had been up to," a source revealed.

However, Jacqueline has now spoken about the rumours, citing social media as a real strain on the relationship.

"I've had moments where I've been like about to respond to claims on social media but then I'm like, 'delete!'" she said on the Team Harvey podcast.

"It causes a conflict between the two people because I'm then going, 'ugh, so frustrating, why don't you just shut up?'. But you have to take the rough with the smooth. It's all well and good to look in on the outside at a three-second picture or story and to have an opinion on it." 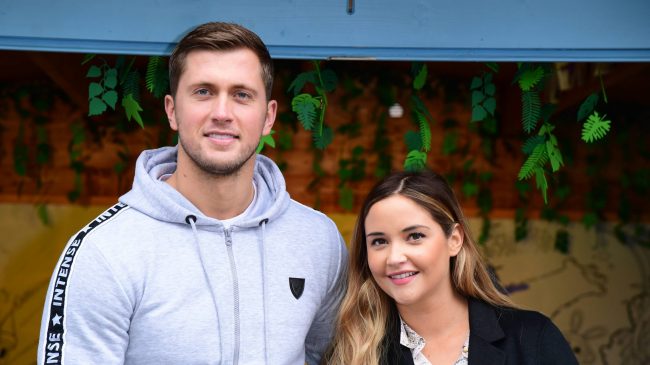 She also revealed that there was little truth to the rumour that she had kicked Dan out of their home. 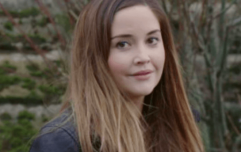 END_OF_DOCUMENT_TOKEN_TO_BE_REPLACED

"I found out I'd kicked Daniel out the house before I even found out why! I didn't even see the first article, I was like, 'wait'."

Jacqueline Jossa also revealed that having kids has put a strain on her relationship.

"Of course it's challenging, it tests your relationships, it tests your friendships 'cos you're like, 'why aren't my friends coming to see my children?'"

"You forget they have their own lives. You can't even run out to the shops, the baby bag has to be packed, the bottles have to be made up - it takes 20 minutes to get out the door."

She also spoke about her hatred of social media, revealing she'd love to delete it.

"If I could delete Instagram tomorrow I would, but I can't. What do you want me to do? I don't have a job, I'm the mother of two children and right now I'm making money through Instagram. But it's a pool of negativity, it's horrible, it's awful."

popular
Will there be a second season of Gilmore Girls: A Year In The Life? Here's what we know
Kate Middleton has addressed the rumours that she's pregnant with her fourth child
Curtain bangs are trending - here's everything you need to know
Cristiano Ronaldo has been called 'racist' for his latest Instagram post
QUIZ: How well do you really remember the first episode of Sabrina The Teenage Witch?
Eight Of The Best Films And Documentaries On 9/11
Someone has ranked the penis size of men from all over the world
You may also like
7 months ago
Jacqueline Jossa 'in talks' to replace Michelle Keegan in BBC1's Our Girl
8 months ago
Jacqueline Jossa defends herself after fans criticise her for leaving her kids to enter the jungle
9 months ago
Kylie Jenner sent a message to Jacqueline Jossa and her reaction was priceless
9 months ago
Dan Osborne makes public apology to his wife Jacqueline Jossa following cheating allegations
9 months ago
'This isn't new for me' Jaqueline Jossa addresses cheating claims about husband, Dan Osbourne
9 months ago
I'm A Celeb's Jacqueline Jossa had the best response to pregnancy rumours
Next Page