Jamie Dornan's father Jim has passed away following a battle with Covid-19.

Professor Jim Dornan worked as an obstetrician and gynaecologist in Northern Ireland before retiring. 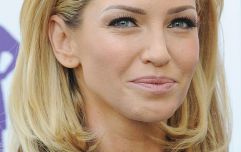 END_OF_DOCUMENT_TOKEN_TO_BE_REPLACED

News of the 73-year-old's passing was confirmed today by Chair of Division of Clinical Psychology Northern Ireland and Dornan's friend, Nichola Rooney, who took to Twitter to share her condolences to Prof Dornan's family.

"The great Prof Jim Dornan," she wrote. "One of a kind. His glass brimmed over. A true visionary.

"Early 90s he saw the benefit that Clinical Psychology could bring to the women in RMJH and made it happen. My friend. RIP. Love to Samina, Liesa, Jess & Jamie."

The great Prof Jim Dornan. One of a kind. His glass brimmed over. A true visionary. Early 90’s he saw the benefit that Clinical Psychology could bring to the women in RMJH & made it happen. My friend. RIP. Love to Samina, Liesa, Jess & Jamie pic.twitter.com/fUxUiQrQZW

"It is with much sadness that I am writing that Professor Jim Dornan has died," she said. "Hard to accept that someone with so much life, wit, and full of advice and laughter has left this world.

"A true friend. Thoughts are with his family and medical friends around the world. RIP Jim." 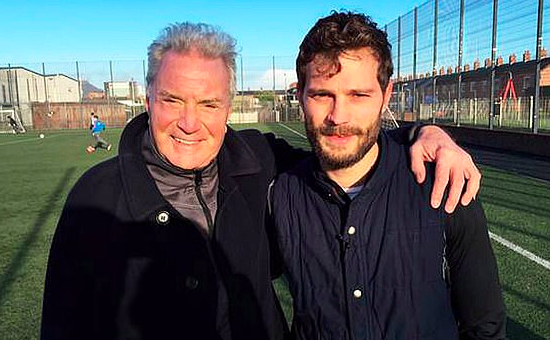 END_OF_DOCUMENT_TOKEN_TO_BE_REPLACED

Son Jamie, who is best known for his roles in The Fall and the 50 Shades franchise, said previously that he always looked to his father for advice when deciding which roles to take.

"My dad will always try to give me some tips or advice on every character I play whether it’s a serial killer or sexual dominant," he told BBC America.

He has yet to comment publicly on his father's passing.

Girls With Goals || Her · Ep.160: The Beauty Of Coaching - Hayley Harrison joins us from Sport Ireland
popular
Amy Adams and Patrick Dempsey land in Ireland for Enchanted sequel
More footage of Tristan Thompson cheating on Khloe has emerged
Maternity care restrictions harming mental health of expectant mothers
Here's what happens on every day of your menstrual cycle (roughly)
Simon Coveney says international travel could return as early as July
Dad reported to police for walking with daughter at night clears his name
Tristan Thompson threatens legal action over new cheating claims
You may also like
7 hours ago
Gardaí receiving "conspiracy theory" calls to Covid breach hotline
1 day ago
15-year-old boy charged with murder of woman in Dublin
1 day ago
Minimum pricing for alcohol approved for 2022
2 days ago
Hunt underway for man who attacked pregnant woman in Dublin city centre
2 days ago
Stephen Donnelly to seek minimum alcohol unit pricing approval today
6 days ago
Unborn baby of woman attacked on Dame Street died after assault
Next Page