Jennifer Aniston opted for an Irish theme when organising Courteney Cox's hen party and it seems she pulled out all the stops.

Courteney (50) is engaged to Snow Patrol's Johnny McDaid (38) who hails from Derry.

END_OF_DOCUMENT_TOKEN_TO_BE_REPLACED

Treats on offer included Guinness chocolate cheesecake and Johnny even stopped by to make sure his wife-to-be was having a good time, a source told The Sun newspaper. 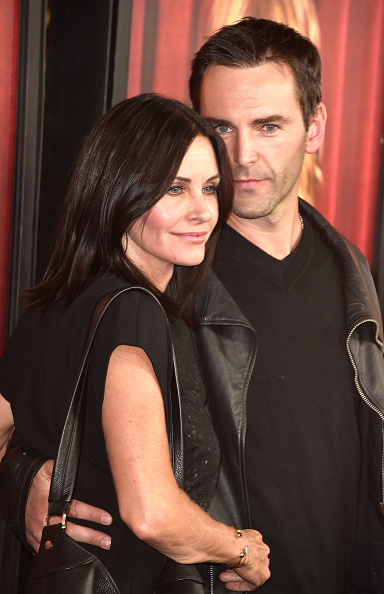 Johnny and Courteney pictured together

Eleven of Courteney's closest friends and family members were in attendance, with Johnny's mother Pauline also joining the party.

The couple who revealed their engagement via Twitter in June were introduced by Ed Sheeran and it is thought that The A Team singer will take on best man duties at the wedding.

Their wedding venue remains a secret, previous reports have said they will marry in Ashford Castle, Mayo but it's now believed that the celebrations will take place in Beverly Hills.

popular
Smyths issues warning to parents ahead of Christmas
Netflix's true crime series Sins of our Mother is seriously insane
So, William and Harry have a step sister... and who knew?
Why Are Men so Obsessed With Boobs? The Answer is Pretty Surprising...
Post Malone dramatically falls through stage during concert
A Criminal Minds re-boot is happening – and here's everything we know
Everything coming to Netflix this October
You may also like
3 years ago
Turns out, this colour of wine gives you the WORST hangover
6 years ago
Pretty Little Liars actor Brandon Jones could be facing over five years in prison
6 years ago
Gwen Stefani Receives Massive Backlash After "Insulting" April Fools' Prank
6 years ago
Katie Price Names And Shames The Twitter Trolls Bullying Her Son Harvey
6 years ago
Kim Kardashian Blasts "Body-Shaming and Slut-Shaming" In Brilliantly Honest Post
6 years ago
WATCH: Emma Watson Launched HeForShe Arts Week On International Women’s Day
Next Page