Katie Price Hints at Return to I'm A Celebrity... Get Me Out Of Here!

Katie Price has said she wouldn’t rule out another appearance on I’m A Celebrity… Get Me Out Of Here!

The former glamour model revealed on Twitter that she would “definitely” go into the jungle again.

I would definitely go back in I'm a celeb if I got asked! #thirdtimelucky

END_OF_DOCUMENT_TOKEN_TO_BE_REPLACED

Katie first appeared on the show in 2004 during which time she met Peter Andre.

She went down under for more Bushtucker Trials in 2009 but quit after nine days.

We have to admit, we would love to see the 37-year-old in this year’s series of the programme. 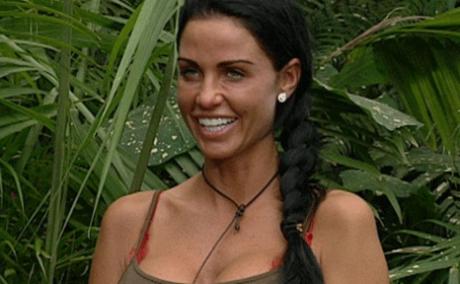 Katie Price has been on the show twice before (image: ITV).

popular
Nick Cannon's 5-month-old son Zen has passed away
Woman killed in Clare crash named as Peggy Twomey, mother of Marty Morrissey
Mrs Brown's Boys star Fiona O'Carroll split from co-star husband after 15 years
Maura Higgins ends up in A&E with everyone's nightmare injury
Someone has ranked the penis size of men from all over the world
People are losing it over Lana del Rey wearing a Shein dress on the red carpet
Gwen Stefani reportedly pregnant with baby number four
You may also like
2 years ago
Turns out, this colour of wine gives you the WORST hangover
5 years ago
Lily Allen has revealed that she was stalked for seven years
5 years ago
Pretty Little Liars actor Brandon Jones could be facing over five years in prison
5 years ago
Gwen Stefani Receives Massive Backlash After "Insulting" April Fools' Prank
5 years ago
Katie Price Names And Shames The Twitter Trolls Bullying Her Son Harvey
5 years ago
Kim Kardashian Blasts "Body-Shaming and Slut-Shaming" In Brilliantly Honest Post
Next Page