Khloé To Quit Keeping Up With The Kardashians?!

It sounds like Keeping Up With The Kardashians could get even more ridiculous. (We know, we didn’t think it was possible either.)

That’s because Khloe Kardashian, also known as the voice of reason, might be leaving the show for good.

The reality star took time out from filming recently to be by Lamar Odom’s side after he was found unconscious in Nevada.

END_OF_DOCUMENT_TOKEN_TO_BE_REPLACED 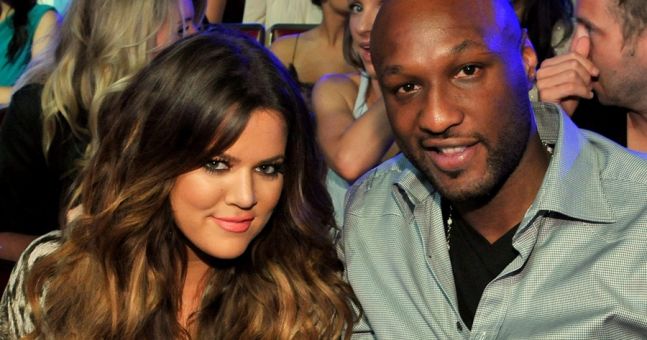 Khloé and Lamar have called off their divorce.

However, despite reports that he is said to be making a recovery, Khloé might make her temporary break a permanent one.

A source told Life & Style: “She has no plans to resume filming Keeping Up With The Kardashians, and will continue to be at the hospital every day with Lamar.

“That’s causing stress for Kris. When Jenner learned that her daughter had made that choice, Kris immediately started wishing Kardashian would retract her decision.”

END_OF_DOCUMENT_TOKEN_TO_BE_REPLACED

The rumours have not yet been confirmed and, knowing the Kardashians, this may all change by the end of the day.

There’s also the fact that the 31-year-old is contractually obliged to continue with the series.

Khloé is also said to have called off her divorce from basketball star Lamar.

Speaking about the news, a representative told People: "This is a very delicate and difficult time for both Lamar and Khloé, and the most sensible thing to do at such a time is not make any big moves and put everything on hold.”

popular
Netflix's true crime series Sins of our Mother is seriously insane
So, William and Harry have a step sister... and who knew?
Why Are Men so Obsessed With Boobs? The Answer is Pretty Surprising...
Actor and Wife To Divorce After 23 Years of Marriage
23 shows with four or more seasons to watch on Netflix
Here's what happens on every day of your menstrual cycle (roughly)
You’ll Never Guess Who the Richest Actor in the World Is…
You may also like
1 month ago
David Attenborough is coming to Ireland for new nature documentary
2 months ago
Love Island producers to launch middle-aged spin-off for Mums and Dads looking for romance
2 months ago
Love Island's Gemma finally tells villa about dad Michael Owen on TV
4 months ago
The six Eurovision countries with "irregular voting patterns" have been revealed
7 months ago
The Late Late Show is looking for couples and singles for its Valentine's Special
8 months ago
WATCH: The trailer for the final season of Peaky Blinders is here
Next Page