Kim celebrated Kanye's birthday with a sweet photo on Instagram.

The reality star shared a photo of herself, Kanye West and three of her children aboard a private jet. In the caption, she wished her former partner Kanye a happy birthday. 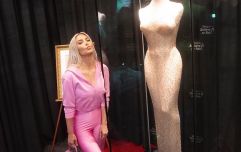 END_OF_DOCUMENT_TOKEN_TO_BE_REPLACED

Kim also posted a series of more candid shots of Kanye on her story.

Needless to say, the expression of love left fans a little confused, especially given the recent history between Kim and Kanye.

Some speculated that the photo meant they were seeing each other again, while others were more skeptical.

"Bring kimye back!!" one fan wrote.

Another said, "I hope they get back together." 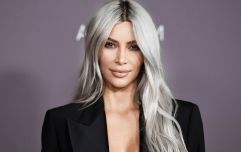 END_OF_DOCUMENT_TOKEN_TO_BE_REPLACED

One user captured what we were all thinking with a simple, "wait, what".

Reports that Kim and Kanye were getting a divorce began circulating earlier this year, and in February 2021, Kim officially filed for divorce. Two months ago, the couple appeared in court and agreed to end their marriage, citing "irreconcilable differences". They also agreed to share custody of their four children - North (7), Saint (5), Chicago (3) and Psalm (2).

On top of the legal proceedings, fans have been given an insight into the couple's split on the latest episodes of Keeping Up With the Kardashians.

In it, Kim opened up about her high profile divorce for the first time.

During a conversation about cookies, the Kardashian snapped at her family before sharing that she is struggling with her personal life.

She said: "I just honestly can’t do this anymore."

“Why am I still in this place where I’m stuck for years? Like, he goes and moves to a different state every year. I have to be, like, together so I can raise the kids. He’s an amazing dad, he’s done an amazing job."

She added: "I just think he deserves someone who will support his every move and go follow him all over the place and move to Wyoming. I can’t do that.”

popular
Irish girls name was the most used Irish name in the United States last year
Love Island’s Afia explains why Gemma’s dad has not been mentioned on show
Love Island fans react to "confusing" recoupling
This is the easiest way to determine you may have VIKING heritage
Why Are Men so Obsessed With Boobs? The Answer is Pretty Surprising...
Two of the Peaky Blinders gang are actually brothers in real life
Love Island fans are scratching their heads after finding Tasha's maternity photoshoot
You may also like
1 month ago
Kardashian fans in hysterics after Kim's vegan advert
1 month ago
Fashion house Dolce & Gabbana is 'sponsoring' Kourtney and Travis' Italian wedding
1 month ago
Man behind Marilyn Monroe dress says letting Kim Kardashian wear it was a "big mistake"
1 month ago
Expert claims lock of Marilyn Monroe's hair given to Kim Kardashian is "fake"
1 month ago
An Irish man was involved in the sale of Marilyn Monroe's iconic dress
1 month ago
Kim Kardashian losing weight for a dress shows diet culture is far from over
Next Page