Like, it kind of makes sense but it also doesn't make sense at all.

Take a seat, celeb lovers, because what we had to tell you might surprise (or just confuse) you; Kylie Jenner and Drake have been romantically linked to one another.

Yes, noted 'Rise and Shine' singer Kylie Jenner and rapper Drake are rumoured to be getting close.

Kylie and Drake were "joined at the hip" at his 33rd birthday party last night, a source told Us Weekly.

"She spent the most time near Drake and his friends," the insider said. "Kylie was rapping to songs and dancing with her friends while she was next to Drake, but they weren’t dancing together. They seemed to have a connection though.

"They were joking around and Kylie was laughing. She seemed to be really happy and in a great mood and her and Drake seemed very comfortable with each other.

"There seemed to be an attraction there." 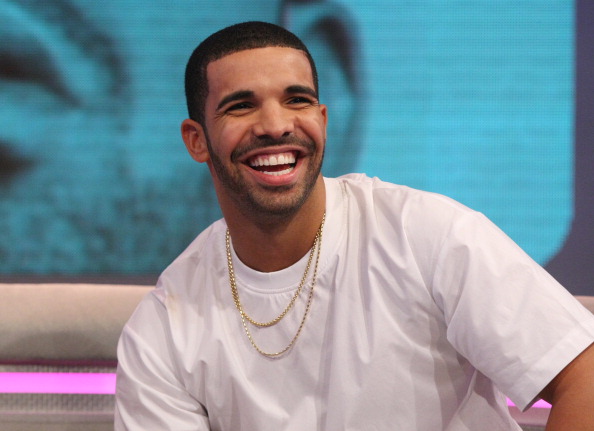 Kylie is recently single after splitting from rapper Travis Scott.

The couple, who are parents to one-year-old Stormi, went their separate ways after over two years together earlier this month.

"They are taking some time but not done. They still have some trust issues but their problems have stemmed more from the stress of their lifestyles."

Girls With Goals || Her · Ep.161: Feeling Peachy - Sharon Keegan of Peachylean on being an absolute BOSS!
popular
Britney Spears' dad Jamie says he is "sorry" to see daughter in pain
Nearly half of men think 36 is "too old" for women to have a baby in UK
Woman escorted from Disney World for "inappropriate" top
Friends fans spot massive body double blunder in episode rewatch
Footage of Britney performing with "102 fever" goes viral after star's court address
Drake Bell pleads guilty to attempted child endangerment after arrest
A BBC documentary on the Peru Two is coming next month
You may also like
8 months ago
Kylie Jenner boosts US voter registration traffic by 1,500%
1 year ago
Kylie Jenner shows Kim Kardashian her favourite mascara hack and it's actually a game changer
1 year ago
Kylie Jenner's longtime assistant quit her job to become a full-time influencer
1 year ago
Kylie Jenner shares unseen photo from her pregnancy ahead of Stormi's second birthday
1 year ago
Kylie Jenner sent a message to Jacqueline Jossa and her reaction was priceless
1 year ago
WATCH: Kylie Jenner performed Rise and Shine at a charity event with Justin Bieber
Next Page