"Best thing I ever did."

Taking to Twitter, Allen said her decision to quit drink and drugs was the "best thing" she ever did. 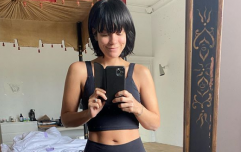 END_OF_DOCUMENT_TOKEN_TO_BE_REPLACED

The singer updated her 5.2 million Twitter followers on her progress.

"Getting clean is the BEST thing i ever did, and i've done a lot of cool shit."

Throughout her career, Lily has been open about her use of alcohol and drugs, both in her music and in her frank 2018 biography My Thoughts Exactly.

Earlier this year, Allen spoke about her addiction to Adderall during an appearance on The Recovery Podcast.

She said, "I was like 14 stone and just did not feel like a pop star at all.

"So I started taking this drug called Adderall, which is like speed, to lose the weight." 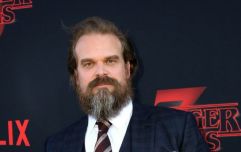 END_OF_DOCUMENT_TOKEN_TO_BE_REPLACED

She added that she soon became addicted to the drug because it made her "feel invincible".

Lily also talked about drinking alcohol, and how she even considered taking heroin at one point.

Today, however, the singer is not only sober, but set to appear in a West End play.

Titled 2:22 A Ghost Story, the play sees Lily take on the role of Jenny who believes her new home is haunted. However, her husband Sam, played by Hadley Fraser, is not convinced. 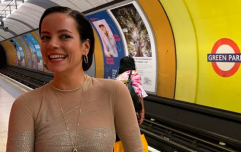 END_OF_DOCUMENT_TOKEN_TO_BE_REPLACED

Allen and Fraser will be joined by Julia Chan, who plays Lauren, and Jake Wood, who plays Ben.

The description on the official website reads: "This edge-of-your-seat, supernatural thriller from award-winning writer Danny Robbins, creator of the hit BBC podcast The Battersea Poltergeist, is directed by Matthew Dunster.

"Intriguing funny and scary, it takes you into one adrenaline-filled night where secrets will emerge and ghosts may appear."

The play opens at the Noël Coward Theatre on 2 August, and tickets are available here.

popular
Women are rinsing their hair in apple cider vinegar – and the results are amazing
Viewers left unimpressed after “ridiculous” Operation Transformation scene
Horrifying CCTV footage shows woman being kidnapped by her boyfriend
Irish people expecting babies via surrogate in Ukraine urge to contact Foreign Affairs Department
"Hair contouring" is about to be huge, here's everything you need to know
The Puppet Master: Where is Robert Hendy-Freegard now?
Madeleine McCann suspect said to have multiple alibis for day she went missing
You may also like
1 year ago
Lily Allen launches "life-changing" sex toy and yeah, fair play
3 years ago
Lily Allen admits to paying for sex with female escorts while married to Sam Cooper
3 years ago
Lily Allen reveals she cheated on her husband after 'hitting rock bottom'
4 years ago
Lily Allen's kids will be missing a lot of their presents this Christmas
4 years ago
Lily Allen recalls being 'hit on' by James Corden during old interview
5 years ago
Lily Allen has revealed that she was stalked for seven years
Next Page