Did Kate accidentally reveal the sex of royal baby #3?

Ever since the Cambridges announced they are expecting baby number three, the bookies started taking bets not only on what they will be having, but also what royal baby #3 will be called.

Currently, the names Alice and Victoria seem to be what everyone think William and Kate will go for if they welcome a little girl, while Henry and Arthur are set to win the popular vote should Kate give birth to a boy.

When George and Charlotte were born we never knew what gender they were until it was announced after birth, with many media outlets saying the Duchess is very traditional and prefered not finding out what she was having, but wanted to wait until giving birth.

END_OF_DOCUMENT_TOKEN_TO_BE_REPLACED

This might be the case for this baby too – except some news reports have now emerged claiming some clues have been dropped as to whether or not little George and Charlotte will be getting a baby brother or baby sister.

According to the Daily Star, a source has revealed Kate's pregnancy cravings – which some believe lend major insight into a newborn’s gender. 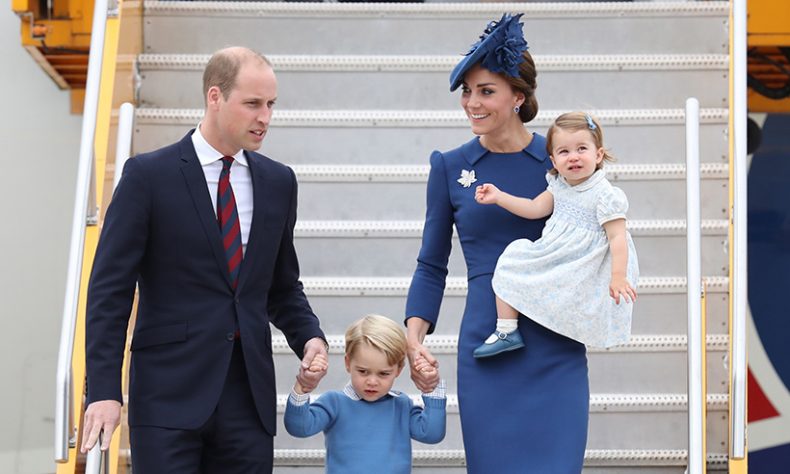 Supposedly, the Duchess "can’t stop eating spicy foods," and according to many old wives’ tales, this could indeed indicate she is having a little boy.

"She is suffering from nausea and morning sickness again, and she cannot stop eating spicy food and candy," the royal source explained.

William, of course, did some royal hint dropping of his own last week, when he may have accidentally given away his wife's due date by stating:

"It’s very good news," the Prince revealed when congratulated on the baby news. "There’s not much sleep going on at the moment. "It was a bit anxious to start with, but we can start celebrating this week."

This, of course, was taken to mean the Duchess is now just past the 12-week mark of her pregnancy, meaning a March 2018 delivery could be on the cards.

Girls With Goals || Her · Ep.156: 'Beauty Returns' - Rebecca O'Keeffe is BACK and we're talking about viral beauty trends
popular
Palace source says THIS incident on the tour of Australia upset Meghan's staff
Tried and tested: I tried the viral TikTok mascara hack to see if it really works
Here's the average age people lose their virginity around the world
"I have a name:" Nicola Coughlan wants us to stop talking about actors' weight
Why Are Men so Obsessed With Boobs? The Answer is Pretty Surprising...
Staff working at Kensington Palace have a VERY harsh nickname for Meghan Markle
If you constantly have a cold nose, this could be the reason why
You may also like
3 months ago
Kate Middleton and Prince William's dog, Lupo, has passed away
3 months ago
Dress worn by Kate Middleton while visiting Ireland named 'Dress of the Decade'
9 months ago
A royal expert has revealed Kate's underwear choice for looking put-together
10 months ago
Prince William and Kate Middleton have hired Meghan Markle and Prince Harry's social media manager
11 months ago
Kate Middleton's stunning pink suit is from M&S and it's still in stock
11 months ago
The Duchess of Cambridge has revealed Prince Louis' favourite song (and it's a classic)
Next Page