Louise O'Neill: "Being supported by Irish women means the world"

"I often turned to books for comfort, to find myself in the pages"

Louise O'Neill has become one of the most celebrated Irish writers, but the support of her readers is what truly matters to her. We hear celebrities say it all the time. Hollywood actors will gush about how much their fans mean to them but it lacks heart and sincerity. It's cliche, but you can tell the West Cork writer is being honest when she talks about what success means to her. It's not about the sales or the awards, but it's about the people who connect with her stories.

Speaking exclusively to Her.ie, the Idol writer said having the support of Mná na hÉireann is everything to her. "For me, it's always been the impact. When I'm talking to young Irish women and young writers, they often talk about the impact books have on them. The measure of success is so different for me.

She continues, "Conversations have been started because of my books. Getting a message on Instagram or meeting a reader at a signing and hearing how my books impacted them, resonated with them, or comforted them, it's impossible to understate how humbling that is. 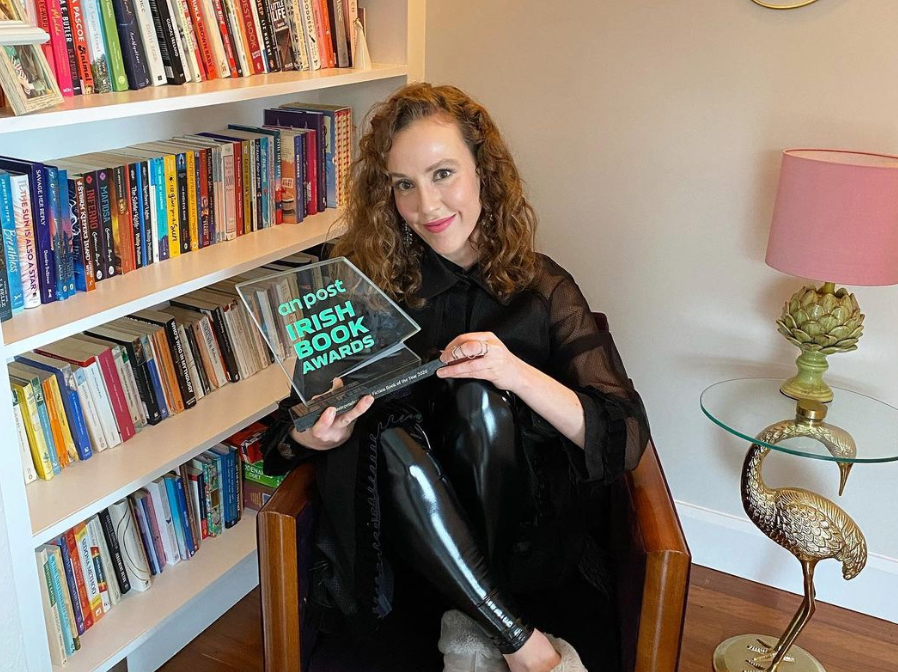 "It means a lot as someone who loved books growing up, I was a huge reader," O'Neill shared. "I often turned to books for comfort, to find myself in the pages of books and knowing readers are now doing the same with my books is an honour. It means everything knowing there are other women who have that experience with my novels. It's the best part of what I do."

The Cork native has been honoured at this year's An Post Irish Book Awards. The Surface Breaks writer has been nominated for Author of the Year, as well as a nomination in the Popular Fiction of the Year category for her book Idol.

"They're the stories we need to read. Representation is so important."

O'Neill said she didn't expect to be nominated for Author of the Year. "I've been nominated before, but it means so much to be alongside so many authors I love. Being nominated alongside Marian Keyes meant a lot. She's a huge inspiration of mine and a very good friend. I'm honoured to be on the same list as her."

O'Neill has become one of the biggest names in the bookish sphere in Ireland because she's one of the best. There's a reason readers connect to her work and why her books hit the bestsellers list time and time again. But things haven't always been easy for Irish female writers. Anyone who attempted to write fiction was dismissed and slapped with the 'chick-lit' label, but Louise believes Irish female writers are finally being taken more seriously. "There's been a shift, for sure. So many women, who are writing popular fiction, are finally gaining the respect they deserved a long time ago like Marian Keyes and Cecelia Ahern. It is so different today compared to the late 90s and early 2000s.

"There's been a cultural shift in the way we talk about women, especially in Ireland. But we still have far to go." O'Neill said there are so many voices worthy of being heard in Ireland. "Queer writers, writers of colour, their stories should be treated with respect. They're the stories we need to read. Representation is so important."

This year's An Post Irish Book Awards take place on November 23rd. You can view the shortlist here.