Modern Family has been one of our favourite TV shows for a while now.

From the mischievous kids we grew up with to the crazy parents who taught us lessons, it's safe to say every season has been great.

However, one of our favourite characters was offered to someone else, and honestly, we can't imagine him being on the show. 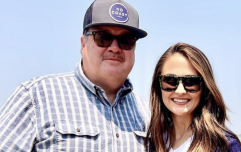 END_OF_DOCUMENT_TOKEN_TO_BE_REPLACED

Matt LeBlanc of Friends fame was supposed to take on the role of Phil Dunphy and as much as we love Matt, there's only one Phil, and that's Ty Burrell.

Matt opened up on USA Today and said that he received the script for the pilot of the show, but didn't think he was suited to the role.

"[The script] came across my desk with an offer to play Ty Burrell's role. I remember reading it thinking, this is a really good script, [but] I'm not the guy for this.

Modern Family has just been confirmed for two more season, so we're in for a lot more of Phil's jokes (and we can't wait).

popular
Women are rinsing their hair in apple cider vinegar – and the results are amazing
Britain’s biggest family to break new record with another baby on the way
Government to publish bill on right to request remote work option
Gardaí investigating alleged sexual assaults on teenage girls in Sligo
"Hair contouring" is about to be huge, here's everything you need to know
Scottish dance sensation Lily Douglas has sadly passed away, aged 14
Worried about a loved one? Here are 5 signs of suicide to look out for
You may also like
2 years ago
Modern Family has confirmed it's being cancelled after its 11th season
3 years ago
Modern Family has revealed a huge pregnancy twist for one of the characters
3 years ago
This is the 'significant' Modern Family character that was killed off
3 years ago
This Modern Family star has already won Halloween with their Megan Markle costume
3 years ago
Looks like there's some really, really good news for fans of Modern Family
3 years ago
Modern Family is killing off a major character and we are not ready for the heartache
Next Page