Prince Harry and Meghan Markle had the cutest PDA moment as they attended an event this afternoon.

The Duke and Duchess of Sussex attended a special reception at Buckingham Palace today [March 5], celebrating the 50th anniversary of the Investiture of The Prince of Wales.

And the soon-to-be parents displayed some royally adorable (and subtle) PDA as soon as they arrived. 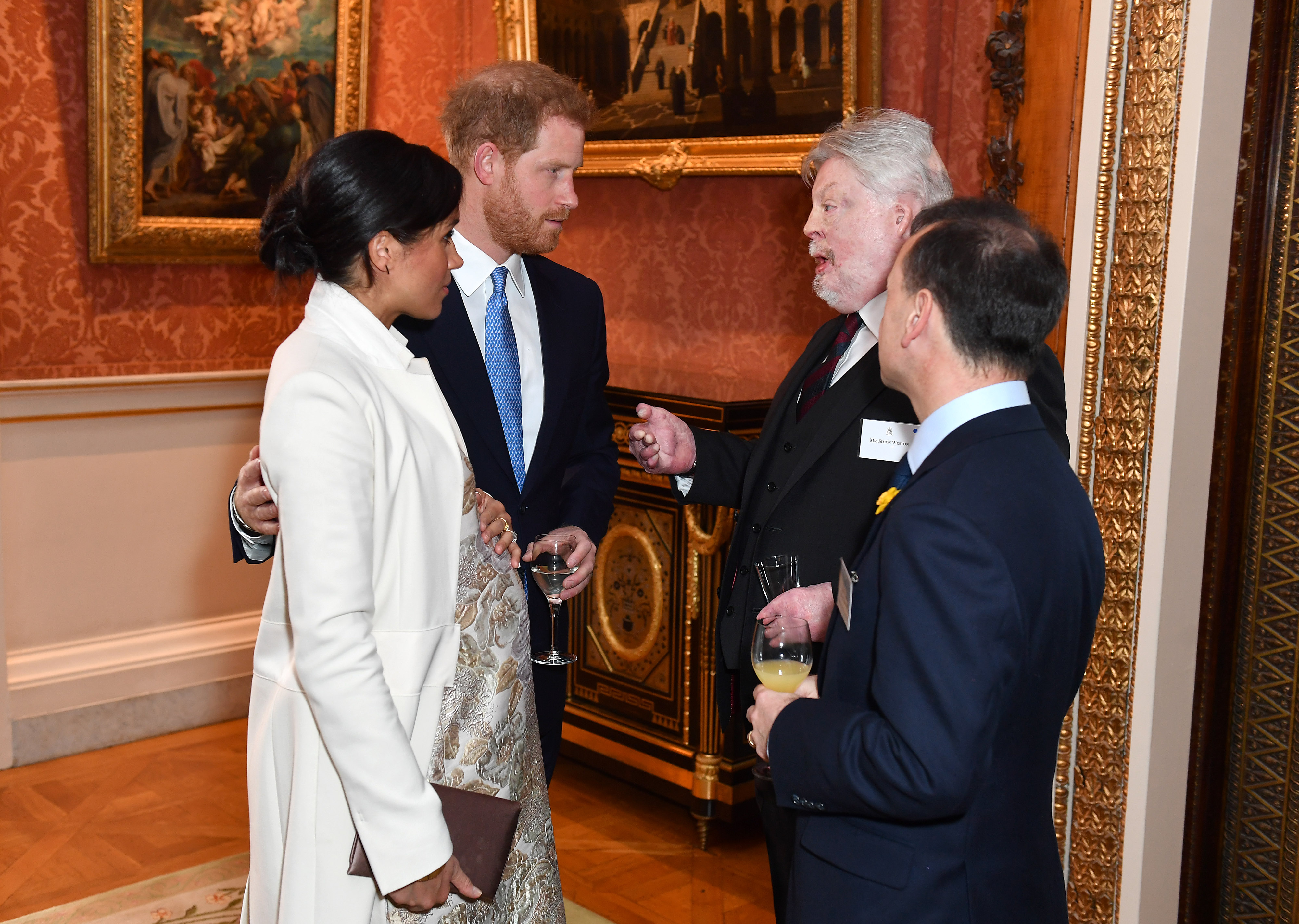 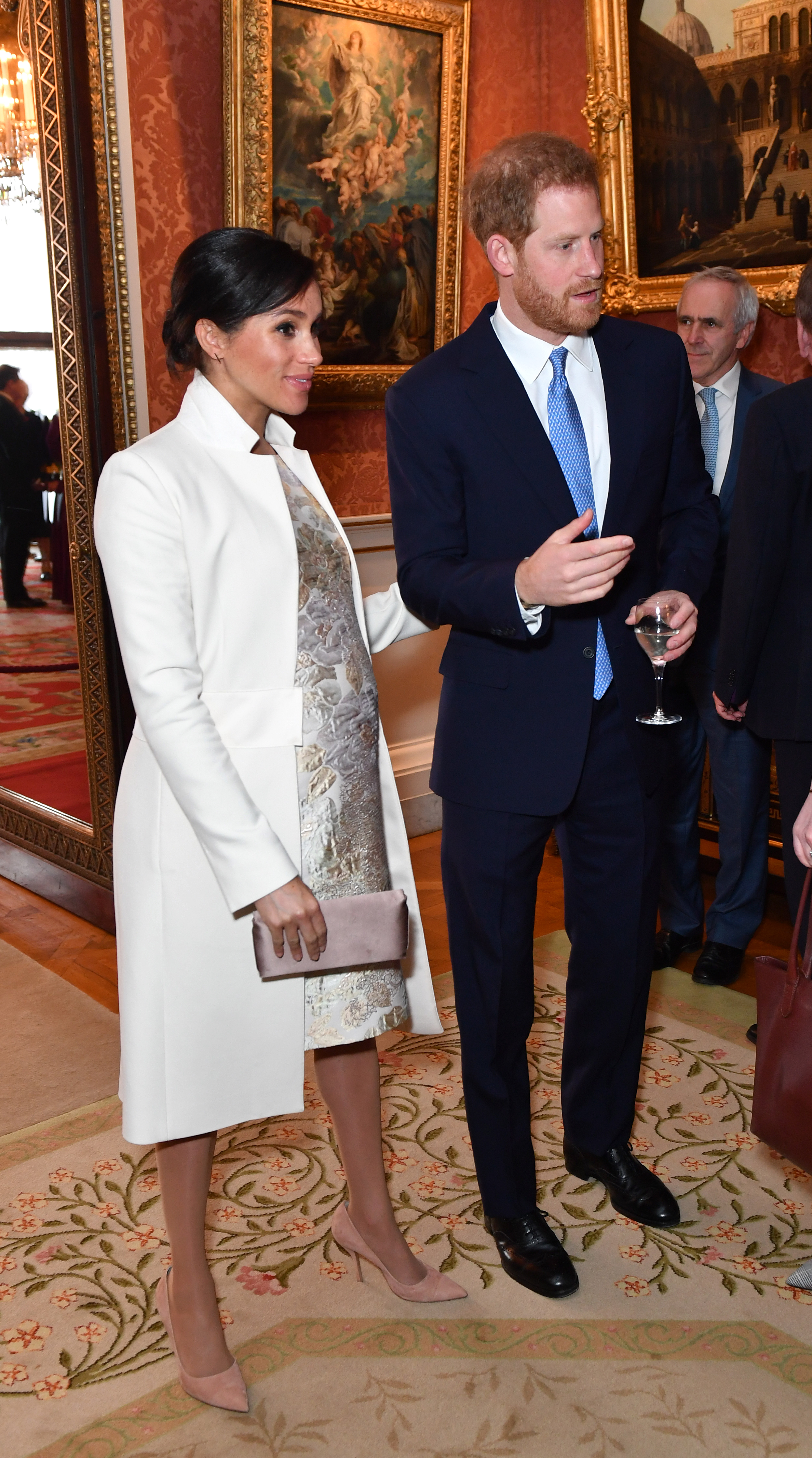 From the Sussexes putting their arms around each other to Meghan reaching out for Harry's arm, it was all very sweet. 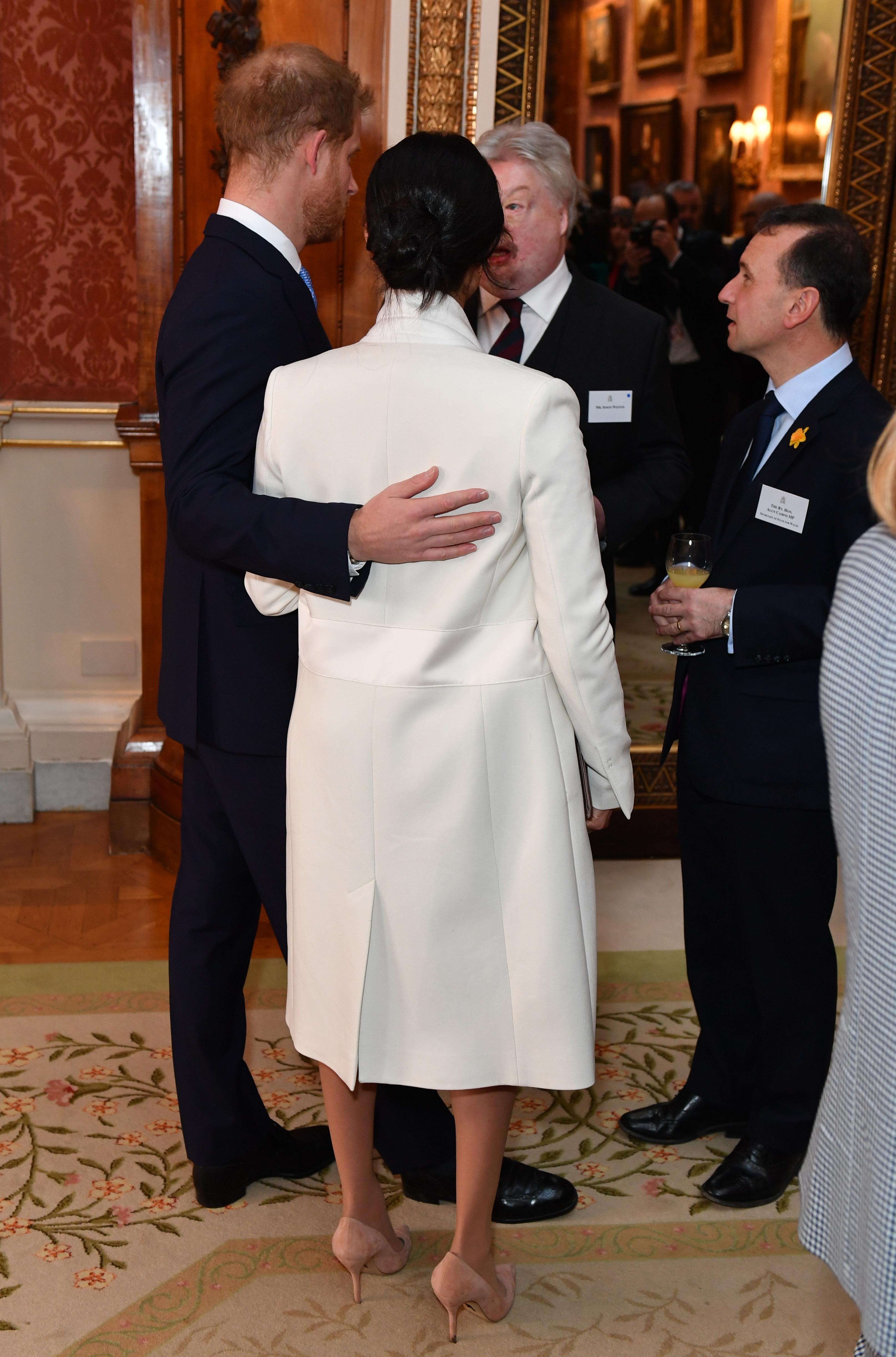 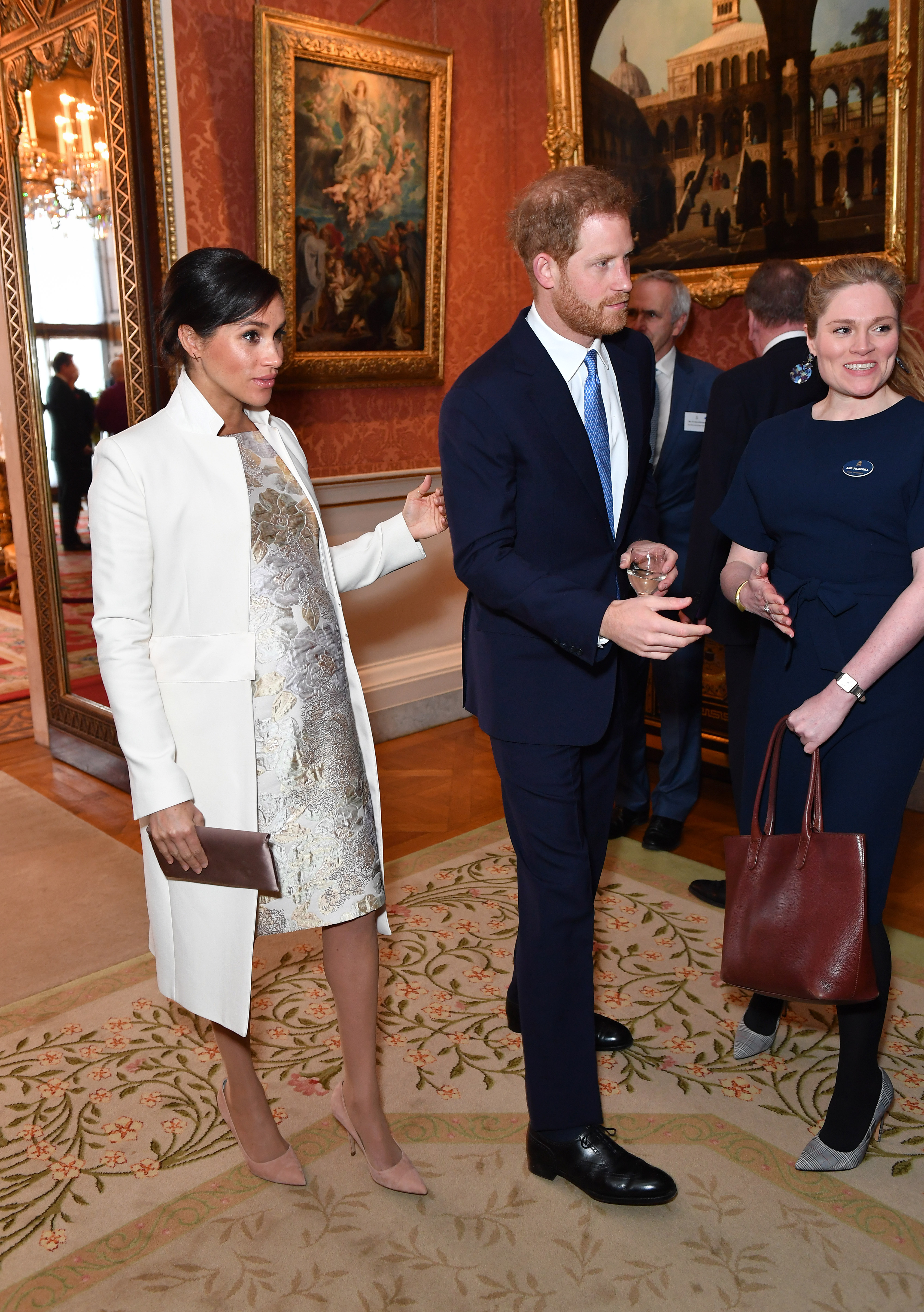 END_OF_DOCUMENT_TOKEN_TO_BE_REPLACED

According to the blog Meghan's Fashion, the Duchess of Sussex was wearing her Amanda Wakeley cream-coloured sculpted tailoring crombie coat, with a silver and gold brocade dress. 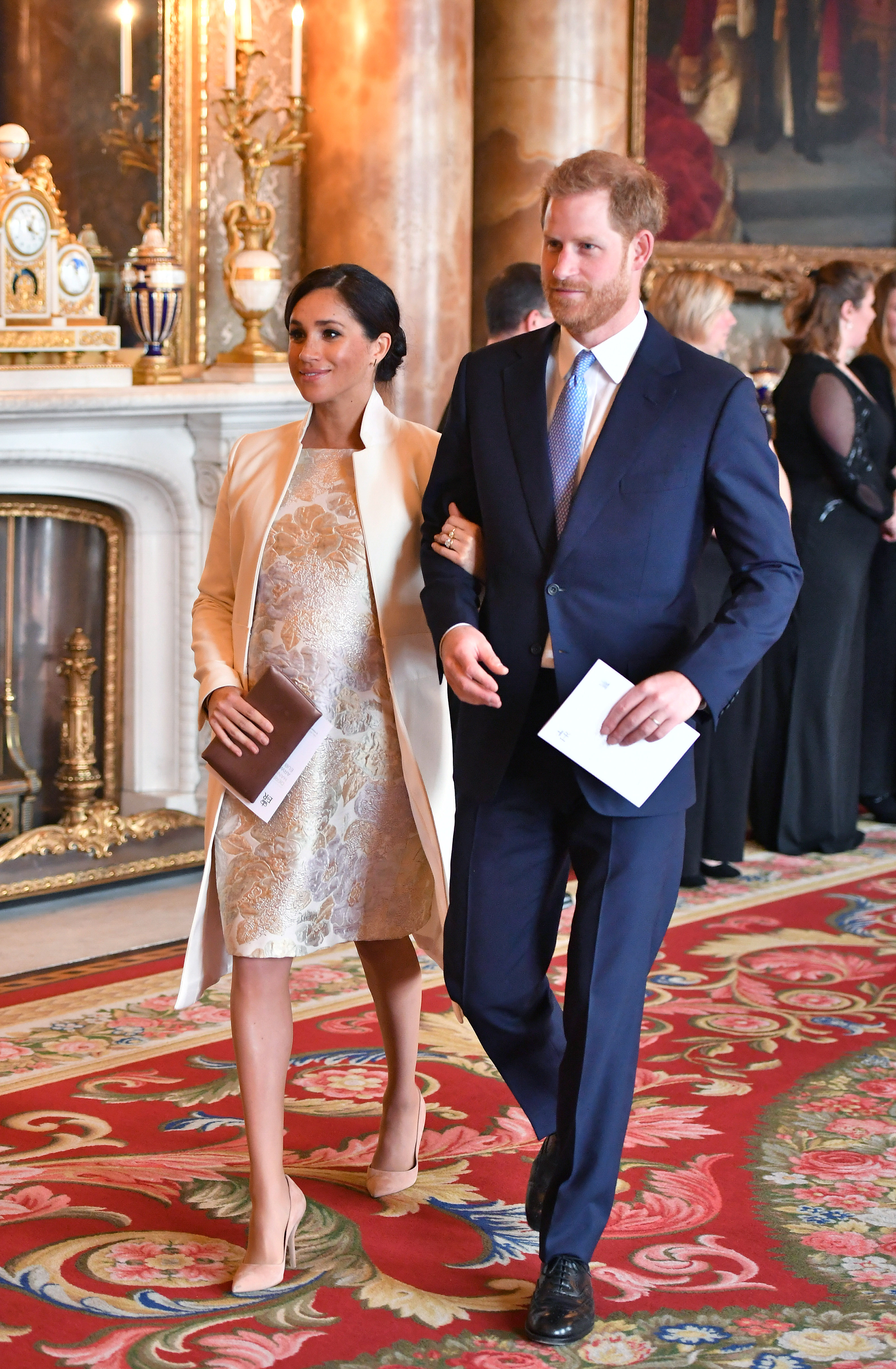 The couple announced they were expecting their first child in October 2018.

In January, Meghan told well-wishers during a walkabout that she was six months pregnant and due towards the end of April or early May.

The news comes after hints about the baby's gender broke in the media in the past week.

Meghan had flown from London to New York on February 15 for a few days of catching up with some of her closest friends - as well as the celebratory baby shower.

Images from Meghan's baby shower in New York showed pastel pink treats being served, suggesting that it was a girl.

But contrasting reports stated that the Duchess told her friends at the shower that she was having a boy - especially after some of the guests were pictured with gifts wrapped in blue paper.

popular
These are the top baby names for 2022
Man charged in connection with Ashling Murphy's murder
Teen who pushed girl “head first” under Dart to face trial in adult court
Netflix shares more pictures from Bridgerton season 2
Here are the Covid restrictions that may be lifted as early as next week
14-year-old girl rescued from kidnapping after police follow Snapchat location
Fans convinced Love Island's Chloe inspired new Kanye track
You may also like
4 weeks ago
Meghan Markle may have to testify in Prince Andrew sex case
2 months ago
WATCH: Meghan Markle takes part in hidden camera prank on Ellen
2 months ago
Meghan Markle says Royals were "constantly berating" Harry over her relationship with her father
2 months ago
Prince Harry says 'Megxit' is a misogynistic term created by a troll
4 months ago
Piers Morgan wins Ofcom complaint over Meghan Markle comments
5 months ago
Meghan Markle's brother hits out at her as he enters Big Brother house
Next Page