Meghan Markle has revealed why she feels it is "safer" not to read the stories about herself - and to stay off Twitter.

The Duchess of Sussex took part in a panel discussion on International Women's Day on Friday in King College. The panel was convened by The Queen's Commonwealth Trust, which the Queen made Meghan vice-president of earlier that day.

Anne McElvoy, the panel's chairwoman and senior editor of The Economist, asked her about how she felt about the newspaper headlines that called her feminism "trendy".

The mum-to-be responded [via Hello]:

"I don't read anything, it's much safer that way.

"But equally that's just my own personal preference, because I think positive or negative, it can all sort of just feel like noise to a certain extent these days, as opposed to getting muddled with that to focus on the real cause." 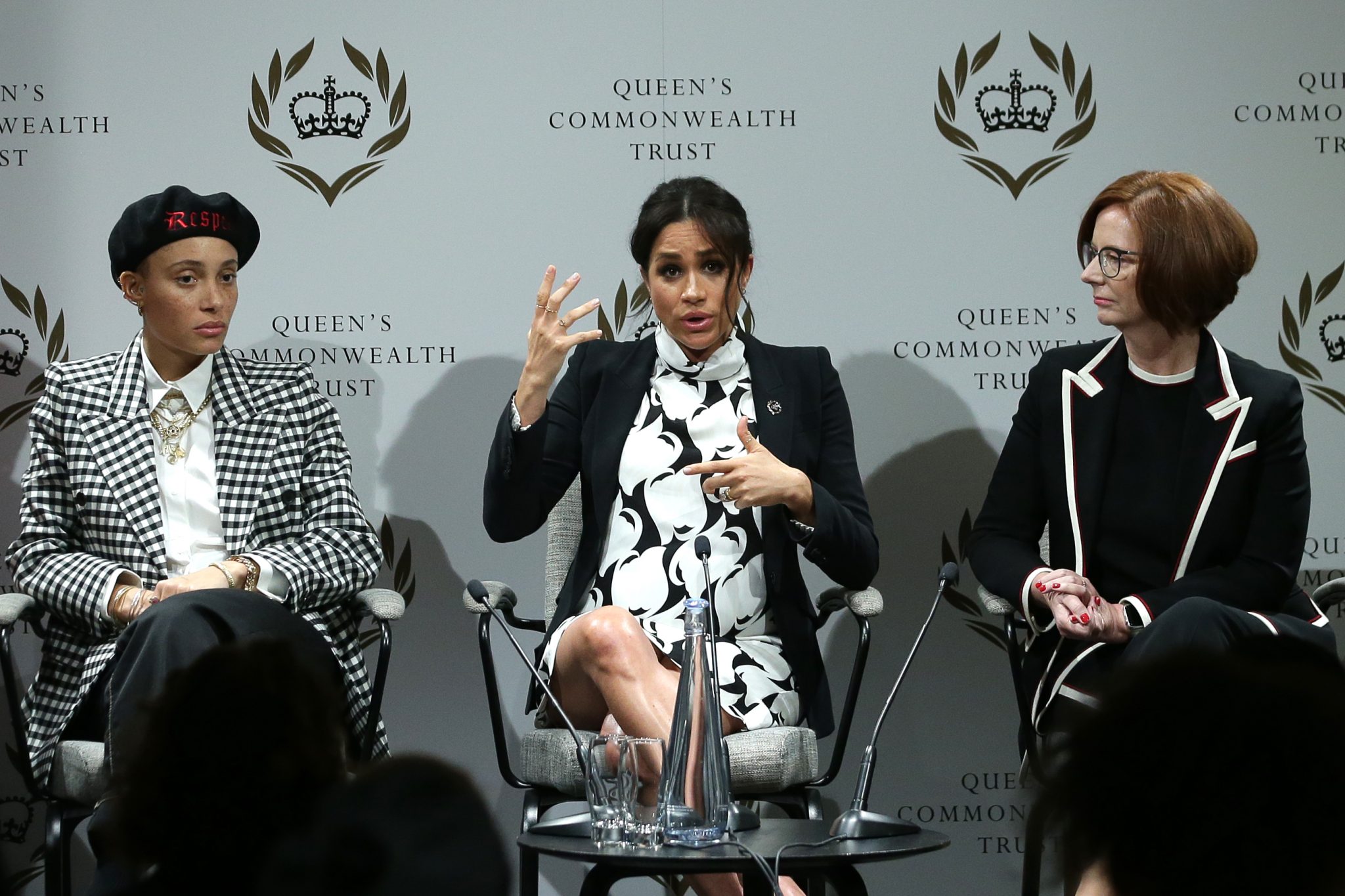 Meghan during the panel discussion

The Duchess was later asked if she looked at Twitter, and said it was her "personal preference" to avoid the social media site.

Before Meghan was a member of the royal family, she was very into her social media.

END_OF_DOCUMENT_TOKEN_TO_BE_REPLACED

As the star of hit show Suits, Meghan earned herself over three million followers on Instagram.

She used the photo-sharing site to give her fans a candid view into her life, posting everything from selfies and holiday snaps to photos of herself and her co-stars on set and adorable pictures of her two dogs, Bogart and Guy.

Meghan also used her Instagram to promote her lifestyle blog, The Tig, and raise awareness of the humanitarian causes she was involved in.

She closed her social media accounts, as well as her lifestyle blog, when her engagement to Prince Harry was announced.

popular
These are the top baby names for 2022
Man charged in connection with Ashling Murphy's murder
Teen who pushed girl “head first” under Dart to face trial in adult court
Netflix shares more pictures from Bridgerton season 2
Here are the Covid restrictions that may be lifted as early as next week
People are only realising Kendall Jenner and Gigi Hadid are related and the reactions are gas
Lynsey Bennett opens up about her eight year olds worries for her
You may also like
4 weeks ago
Meghan Markle may have to testify in Prince Andrew sex case
2 months ago
WATCH: Meghan Markle takes part in hidden camera prank on Ellen
2 months ago
Meghan Markle says Royals were "constantly berating" Harry over her relationship with her father
2 months ago
Prince Harry says 'Megxit' is a misogynistic term created by a troll
4 months ago
Piers Morgan wins Ofcom complaint over Meghan Markle comments
5 months ago
Meghan Markle's brother hits out at her as he enters Big Brother house
Next Page