Meghan Markle and Prince Harry's Frogmore Cottage staff are being 'redeployed' as the couple prepare to split their time between the UK and Canada.

Earlier this week, reports emerged claiming that the couple had been letting staff members go as they prepared to set up a new home in Canada.

However, a source told CNN that the staff members were being "redeployed" following the Duke and Duchess of Sussex's announcement that they would be stepping back from their roles as senior royals.

"In quiet periods staff are often redeployed elsewhere around the estate," they explained. "No members of staff have been let go."

Last week, Meghan Markle and Prince Harry conformed that "after many months of reflection and internal discussions", they were planning to start to "carve out a progressive new role within this institution." 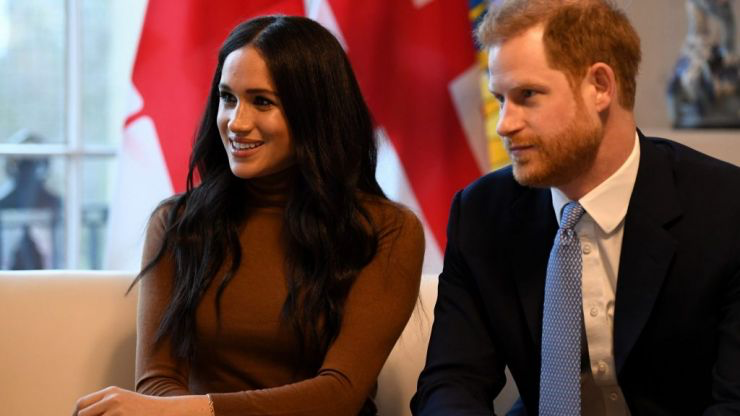 "We intend to step back as ‘senior’ members of the Royal Family and work to become financially independent, while continuing to fully support Her Majesty The Queen," their statement said.

END_OF_DOCUMENT_TOKEN_TO_BE_REPLACED

The Sussexes said that the "geographic balance" would enable them to raise their son, Archie, for an "appreciation for the royal tradition into which he was born, while also providing our family with the space to focus on the next chapter, including the launch of our new charitable entity."

Meghan has since returned to Canada, while Harry remains in the UK to finalise the details of their decision.

On Monday, the Queen released a statement about their future in the royal family after talks were held at Sandringham.

popular
QUIZ: How well do you remember The Princess Diaries?
Will Smith admits to 'failing miserably' in 21-year marriage to Jada Pinkett Smith
Security footage released of Naya Rivera as search is updated to recovery mission
Easy breezy: 5 comfy summer dresses you'll want to live in right now
QUIZ: How well do you remember the 2005 movie Pride & Prejudice
James Franco Has Opened Up About His Relationship With Lana Del Rey
Someone has ranked the penis size of men from all over the world
You may also like
1 month ago
The 'romantic' gifts Meghan Markle and Prince Harry exchanged for their second wedding anniversary
2 months ago
If this video of Meghan reading to baby Archie doesn't cheer you up, you're clearly dead inside
2 months ago
Prince Harry and Meghan Markle volunteer to deliver meals to vulnerable in LA
2 months ago
Harry and Meghan say they will 'not be engaging' with UK tabloid press anymore
3 months ago
Meghan Markle's favourite mascara is one of the all-time beauty greats
3 months ago
Meghan Markle and Prince Harry have revealed the name of their new non-profit organisation
Next Page