Mel B has hinted that there could be a Spice Girls reunion as soon as next year.

The former X Factor judge revealed that something will “definitely” be happening for the band’s 20th anniversary (how old do we feel?!) in 2016. 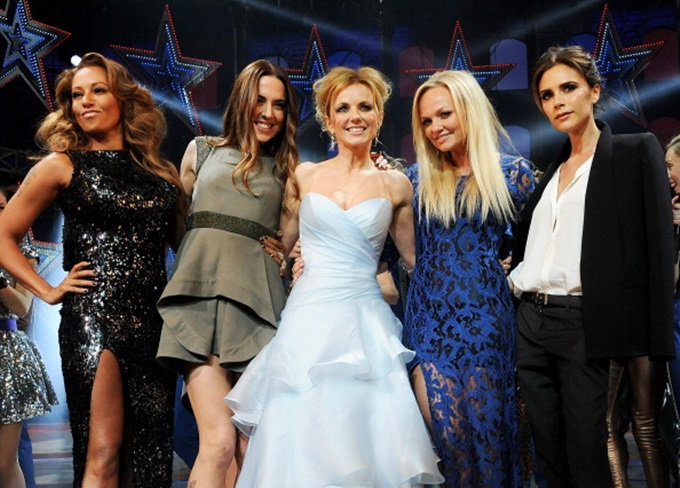 The Spice Girls will be celebrating their 20th anniversary next year.

END_OF_DOCUMENT_TOKEN_TO_BE_REPLACED

She told toofab: “It doesn’t feel like 20 years to me, but I think it’s nice that we can celebrate that and hopefully we’ll be doing stuff together to help everyone celebrate.

“I think we’re definitely going to be doing something. What that is, I can’t say because it’s not completely finalised, but I think it would be a shame not to celebrate 20 years.”

This week Scary Spice reunited with two of her former bandmates, Geri Halliwell and Emma Bunton.

She previously said that she was going to catch up with Geri after missing her wedding back in May.

popular
Miracle baby on the way for bride whose partner died on wedding day
Simon Harris and wife welcome arrival of new baby boy
COVID-19 hospital cases fall as 90% of Irish adults are now fully vaccinated
Tributes pour in for 28-year-old primary school teacher killed in London
You could be shopping in an Aldi store with no checkouts in Ireland in the near future
Johnny Depp confirms he will be back as Grindelwald in Fantastic Beasts 3
Kate Middleton has addressed the rumours that she's pregnant with her fourth child
You may also like
2 years ago
Turns out, this colour of wine gives you the WORST hangover
5 years ago
Pretty Little Liars actor Brandon Jones could be facing over five years in prison
5 years ago
Gwen Stefani Receives Massive Backlash After "Insulting" April Fools' Prank
5 years ago
Katie Price Names And Shames The Twitter Trolls Bullying Her Son Harvey
5 years ago
Kim Kardashian Blasts "Body-Shaming and Slut-Shaming" In Brilliantly Honest Post
5 years ago
WATCH: Emma Watson Launched HeForShe Arts Week On International Women’s Day
Next Page