It looks like Hollywood's got a brand new power couple, with rumours swirling that a romance has struck up between two nominees on the Oscars circuit.

According to the New York Post, Jared Leto and Lupita Nyong'o have been getting to know each other during award season and spent most of the Golden Globes ceremony looking very cosy indeed. Thirty-year-old Nyong'o is nominated in the Best Supporting Actress category for her appearance in 12 Years a Slave at the upcoming Oscars, while Leto is up for the Best Supporting Actor gong for Dallas Buyers Club. 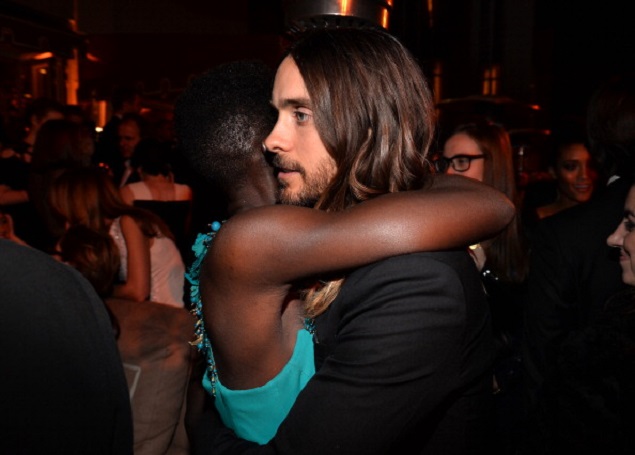 END_OF_DOCUMENT_TOKEN_TO_BE_REPLACED

In addition to their affectionate displays at award ceremonies, the pair were also spotted alone together at a table in the Crosby Street Hotel early Wednesday evening and described as "looking very close".

Nyong'o shot to fame following her role in the Steve McQueen film and was seen sitting beside Anna Wintour on the FROW at New York Fashion Week on Thursday.

popular
Late Late Show viewers are not happy with Ryan's questions for Billy Connolly
WATCH: Parents see person walk past daughter's crib in creepy baby monitor footage
10 items from Zara for the perfect autumn capsule wardrobe
Former detective chief says Brian Laundrie discovery is "strange"
Paris Hilton says she was "slapped" and "strangled" as a teen in youth care
Someone has ranked the penis size of men from all over the world
The reason why Strictly Come Dancing's Pasha Kovalev left the show is actually really sad
You may also like
2 years ago
Turns out, this colour of wine gives you the WORST hangover
5 years ago
Lily Allen has revealed that she was stalked for seven years
5 years ago
Pretty Little Liars actor Brandon Jones could be facing over five years in prison
5 years ago
Gwen Stefani Receives Massive Backlash After "Insulting" April Fools' Prank
5 years ago
Katie Price Names And Shames The Twitter Trolls Bullying Her Son Harvey
5 years ago
Kim Kardashian Blasts "Body-Shaming and Slut-Shaming" In Brilliantly Honest Post
Next Page