It's not easy being green.

There are certain ideas that the rest of the world has about Ireland that we here are more than happy to play up to.

Being sound? Yeah, that's us. A problematic relationship with alcohol? Sure. 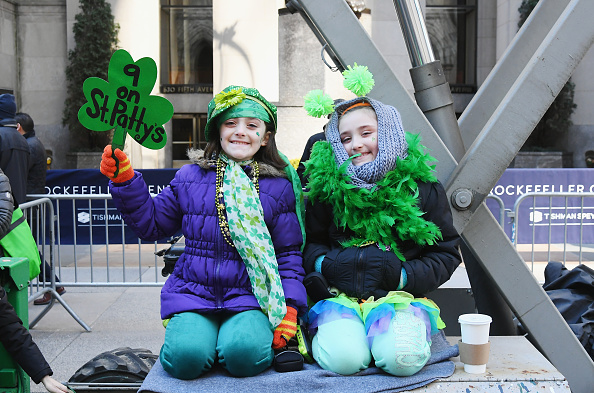 But if there's one thing we as a people cannot and will not tolerate, it's folks from abroad calling our national holiday 'St Patty's Day'.

Lots of Irish Twitter users have had enough and are today fighting back.

Me getting ready to correct any Americans who call St Paddy’s day “St Patty’s” pic.twitter.com/taiRTUmgwB

If Americans insist on using Patty's Day instead of Paddy's Day I'm afraid I have no option but to henceforth refer to their historical figures as Gorge Wushington and Abrabam Lincome, I'm sorry I don't make the rules ☘️

Thankfully, one major US star gets it.

Irish people are praising Joe Jonas (the best of all the Jonases, TBH) for getting it right in his Patrick's Day post to Instagram.

The singer shared a photo of himself wearing a green shirt with the caption "Ready for St. Paddy’s Day like...".

he said paddy’s and not patty’s.... another reason why he’s the best jobro pic.twitter.com/QWHtEu4zF6

"Thank you for not saying patty’s day .... most annoying thing ever it’s paddy’s day or Patrick’s day!," one fan commented.

So, yeah. Nice to know that our boy Joe is out here batting for the right side.

popular
Smyths issues warning to parents ahead of Christmas
So, William and Harry have a step sister... and who knew?
Post Malone dramatically falls through stage during concert
An All-Stars I'm A Celeb is officially happening
Riverdale actor Ryan Grantham charged with murder of his mother
Woman charged with the murder of two children in car fire in Westmeath
RuPaul's Drag Race star Cherry Valentine passes away aged 28
You may also like
3 days ago
Children under 16 can now stay in public hospitals for free
1 week ago
Free contraception for women aged 17-25 comes into effect tomorrow
2 weeks ago
'Thank you, Ireland': Music festival to be held in support of Ukraine
2 weeks ago
"It's going to be a massive, massive game - probably the biggest in our history" - Katie McCabe
2 weeks ago
5 thoughts I had while staying at The Dean Hotel in Galway
3 weeks ago
All taxis now required to accept card payment
Next Page