"This is the type of rude, chauvinistic behavior women have had to deal with and put up with for years"

The IGTV video shows a visibly uncomfortable Paris attempting to bring the conversation back to her series as the interviewers continue to interrupt and laugh at her. 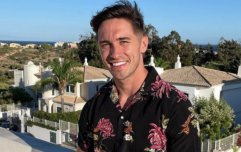 END_OF_DOCUMENT_TOKEN_TO_BE_REPLACED

The clip opens with the hosts of the Opie & Anthony Show asking Paris to comment on Lindsay Lohan. When asked if she wants to “slap her in the face”, Paris simply says that she wishes her the best.

Throughout the interview, the social media star makes it very clear that she only came on to talk about her new show, and yet the hosts continue to probe her on past scandals.

The clip continues after she leaves the booth with one host calling her a “spoiled human being”.

In her caption, Paris recalls the discomfort of that interview: “It makes me so angry and sad to watch. Sad that I had to continue to put on a brave face and be polite while hurting so much inside. And then at the end of the video to insult me and call me that after what they did to me?!”

Paris also shared her intention in posting the video: “I hope by having these conversations it could be an inspiration to other girls and women to not stand for this. And for the people behaving this way to be put in check and to help stop this from happening to anyone else.” 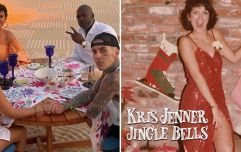 END_OF_DOCUMENT_TOKEN_TO_BE_REPLACED

Paris’ comments here are timely, and form part of a broader conversation taking place. Since the release of the documentary Framing Britney Spears, people are calling out the way male interviewers treat their female guests. More recently, Paris opened up about feeling “humiliated” after a 2007 interview with David Letterman.