Since his split with Ariana, he's firmly stayed in limelight.

Pete Davidson and Ariana Grande's relationship fell apart after a whirlwind romance. The pair were engaged but called it quits soon after the passing of Ari's ex, Mac Miller.

Since then, Pete has been linked the actress Kate Beckinsale after they were spotted - and photographed - leaving an event holding hands.

It sent the Internet into quite the frenzy, with fans hopping on the Pete and Kate bandwagon.

God knows what's happening there, but fast forward to last weekend and Pete has been spotted with another flame; his ex-girlfriend Carly Aquilino. The pair were spotted with a bunch of friends at The Paramount in Huntington, New York after Pete performed a stand up show there. 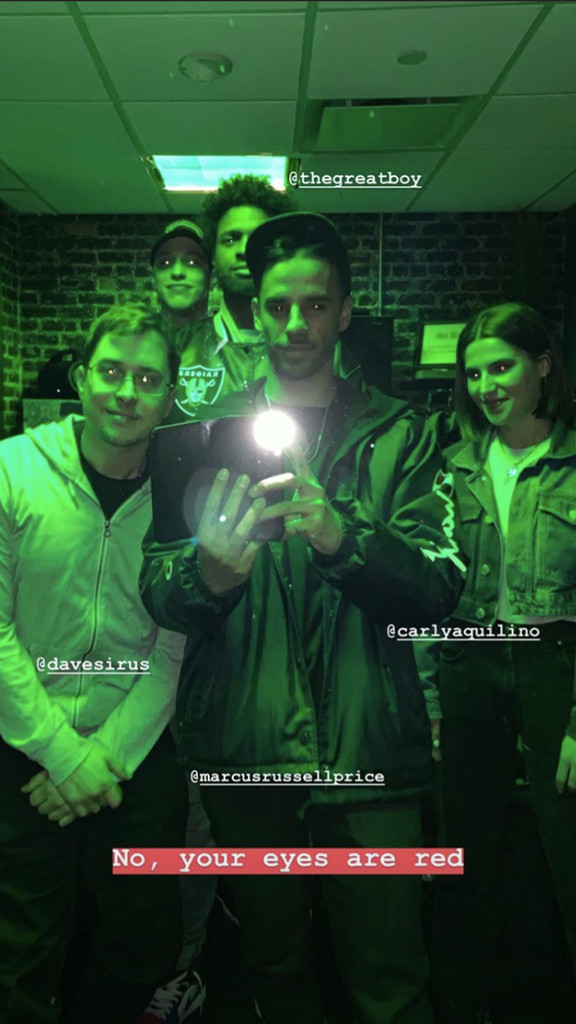 The Saturday Night Live star dated Cazzie, who is known for her part on Girl Code, dated in 2015 before he started dating Cazzie David on and off until 2018.

He then infamously got with Ariana Grande, and the rest, we'll say, is history...

popular
Baby found unattended in pram in Dublin, Gardaí reveal
Joanna Cooper heartbroken after her mum is diagnosed with dementia
Love Island first look: The Hideaway is open tonight as Ron has something to tell Lana
Toddler tragically dies in Wicklow following choking accident
Conor Mcgregor hit by car ‘at full speed’ while cycling
Gwen Stefani reportedly pregnant with baby number four
No plans to abolish homework, says Minister Foley
You may also like
4 months ago
Kim Kardashian opens up about her split from Pete Davidson for the first time
5 months ago
Kim Kardashian and Pete Davidson call it quits
6 months ago
Pete Davidson talks having a baby with Kim: ‘That’s kind of what I’m preparing for now’
10 months ago
Kanye West has finally been suspended from Instagram
10 months ago
Kanye West releases music video that shows him decapitating Pete Davidson
11 months ago
Pete Davidson and Kim Kardashian are finally official
Next Page