Peter Andre and Emily MacDonagh to Marry This Year

Peter Andre and Emily MacDonagh are getting married this year!

It was believed that the couple were going to be taking a trip up the aisle next year but he has now revealed that it’s happening far sooner. 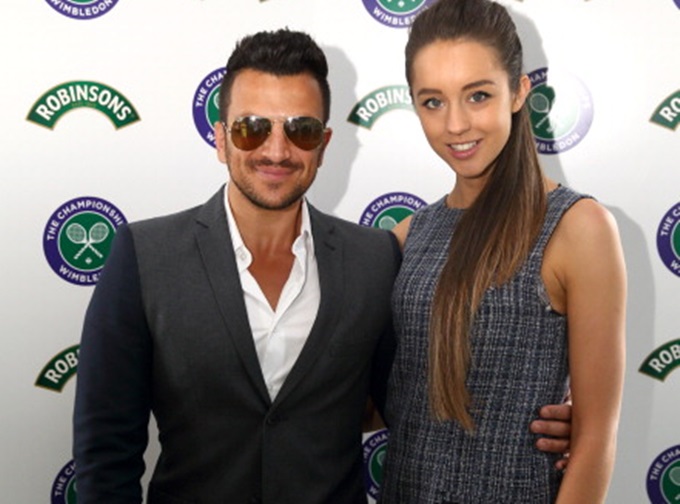 Peter and Emily are set to wed this year.

END_OF_DOCUMENT_TOKEN_TO_BE_REPLACED

He told the Loose Women panel: “It was always going to be next year. But I think we’re going to do it this year now because I think that’s nicer.

“I’m a man and I can’t plan too much… But it’s definitely this year.”

He's got plenty of moves for Strictly!

The Mysterious Girl singer also addressed rumours that he could be taking to the dance floor in the upcoming series of Strictly Come Dancing.

He said: “Now you know, that even if I was going to do a show like that, I would never be able to say it anyway. I would love to be able to do the show at some point.”

popular
Here is the reported I'm A Celeb All Stars line-up
Molly Mae Hague shares emotional moment she discovered she was pregnant
Two Love Island 2022 stars have just become step siblings...
Abducted in Plain Sight: True crime drama follows girl who was kidnapped twice by the same man
Why Are Men so Obsessed With Boobs? The Answer is Pretty Surprising...
Female child rushed to hospital after violent incident in Co. Clare
So, William and Harry have a step sister... and who knew?
You may also like
3 years ago
Turns out, this colour of wine gives you the WORST hangover
6 years ago
Pretty Little Liars actor Brandon Jones could be facing over five years in prison
6 years ago
Gwen Stefani Receives Massive Backlash After "Insulting" April Fools' Prank
6 years ago
Katie Price Names And Shames The Twitter Trolls Bullying Her Son Harvey
6 years ago
Kim Kardashian Blasts "Body-Shaming and Slut-Shaming" In Brilliantly Honest Post
6 years ago
WATCH: Emma Watson Launched HeForShe Arts Week On International Women’s Day
Next Page