PIC: People Are Freaking Out About Pictures Of Simon Cowell 'Naked In A Bath' With David Walliams

If ever NSFW was needed, it's for the below pictures.

People have been freaking out after pictures went viral supposedly showing Simon Cowell and David Walliams having a bath together.

Not only do they show two men bathing naked together, there are other pictures showing one of them getting his backside dried by two helpers. 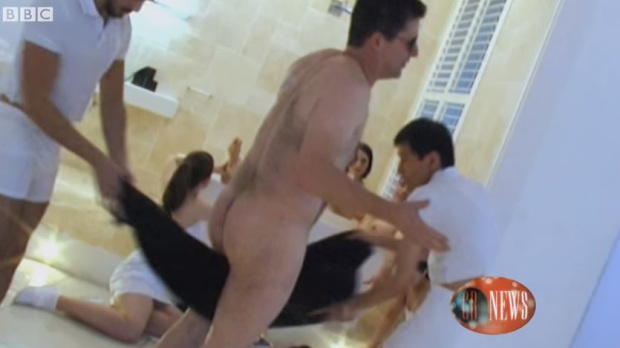 The photos which have been 'leaked' do show two men in a bath together, that look very like Simon and David.

But before we get too excited, it's not really them. It was a skit made back in 2012 with two men who look really like Simon and David.

BBC's comedy skit Celebrity Bitchslap News created the video for a Britain's Got Talent piss-take and some of the photos surfaced today.

Images and videos via YouTube/BBC Comedy