The brothers will reunite later this week.

According to reports, Prince Harry and Prince William weren't on the best terms at the funeral of their grandfather earlier this year.

Royal historian Robert Lacey has alleged that an argument broke out between the brothers at Prince Philip's funeral.

END_OF_DOCUMENT_TOKEN_TO_BE_REPLACED

In an article for the Daily Mail, Lacey reported that the princes were "at each other's throats as fiercely as ever".

A friend of the royals' told Mr Lacey: "The rage and anger between those two has grown so incredibly deep."

The source added that "too many harsh and wounding things have been said".

Prince Harry and Prince William are expected to reunite this week at a ceremony unveiling a statue of their mother, Princess Diana. The event marks what would have been Diana's 60th birthday on 1 July. 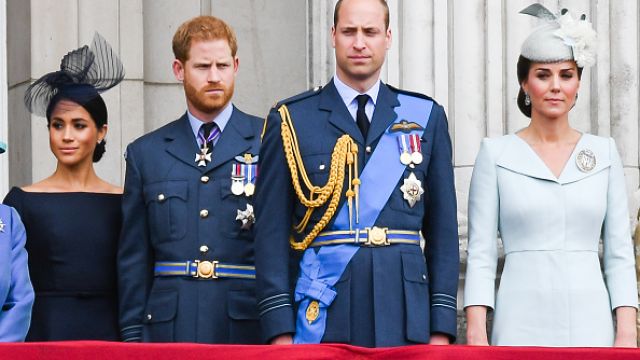 END_OF_DOCUMENT_TOKEN_TO_BE_REPLACED

Reports that the brothers have been at odds have gained traction following Harry and Meghan's interview with Oprah Winfrey earlier this year.

Afterwards, Prince William told the press that he hadn't spoken to Harry about it, but said that he was planning to. He also said that they are "very much not a racist family".

William's statement came after Meghan alleged that there were "conversations" about the colour of Archie's skin before he was born.

END_OF_DOCUMENT_TOKEN_TO_BE_REPLACED

Harry has also spoken about his experience growing up in the royal family, and how he wishes to protect his children from that pain.

During his appearance on The Armchair Expert Podcast, Harry said: "I don't think we should be pointing the finger or blaming anybody but certainly when it comes to parenting, if I've experienced some form of pain or suffering because of the pain or suffering that perhaps my father or my parents suffered. I'm going to make sure I break that cycle so that I don't pass it on."

popular
Here's who Yvonne Connolly wants Jack Keating to couple up with
Rachel Stevens has split from her husband just weeks before their 13th anniversary
Irish girls name was the most used Irish name in the United States last year
10 stunning and affordable outfits that are perfect for a summer wedding
Love Island's Gemma finally tells villa about dad Michael Owen on TV
5 simple ways to build a more positive mindset, according to an Irish therapist
Yes, Ronan Keating's son is entering the Love Island villa
You may also like
1 week ago
Mike Tindall had some very harsh words to say about Prince Harry
3 weeks ago
Harry and Meghan release brand new picture of Lilibet to mark 1st birthday
4 months ago
People are baffled as they're just finding out Prince William and Harry have step siblings
4 months ago
Why is Prince Harry taking legal action against Daily Mail?
4 months ago
Prince Harry reveals he "does not feel safe" coming back to the UK
4 months ago
Prince Harry says HIV testing should be as normal as Covid testing
Next Page