Little did they know...

The late Princess Diana had many nicknames in her short lifetime.

To people like us (commoners), she was The People's Princess, Lady Di and just Diana.

END_OF_DOCUMENT_TOKEN_TO_BE_REPLACED

However, it has been revealed that Diana has royal nicknames long before she ever married into the royal family.

Yep, Lady Diana Spencer was so regal as a child, her close friend began calling her 'Duch'... short for Duchess.

And apparently, Princess Diana used this nickname well into adulthood, as a Christmas card that re-surfaced in 2018 revealed.

The sweet card featured a portrait of herself, alongside Prince Charles and their young sons William and Harry. 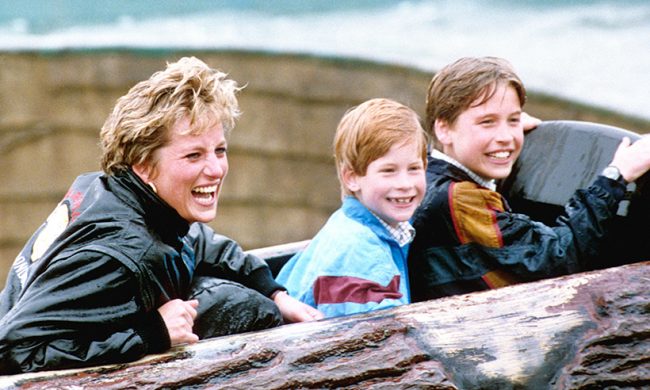 Inside the Christmas card, Diana wrote:

"Wishing you a very Happy Christmas and New Year and lots of love from the four of us, Duch and Charles."

We kind of love it!

Darren McGrady, Diana's former chef, revealed that she used to be called ‘Duch’ by her family because "when she was younger she always acted like a Duchess".

You know that saying, "mocking is catching"? This would be a classic example of that.

"I remember Sandringham one Christmas. She came into the kitchen with Sarah Ferguson and Fergie called her ‘Duch’."

"I was surprised because I knew she was a Princess and asked her why she had called her that."

The significance of the nickname is that upon her marriage to Prince Charles, Diana became the Duchess of Cornwall.

So she really was the Duch.

popular
Hilary Swank, 48, reveals she is pregnant, expecting twins
Davide Sanclimenti opens up on having kids with Ekin-Su Cülcüloğlu as he turns down Dancing On Ice
Joanne McNally is set to be on tomorrow's Late Late Show
Lush to open its biggest Irish store this winter
So apparently George and Mollie from Love Island aren't actually step siblings
Angelina Jolie accuses ex-husband Brad Pitt of abuse
People are being warned not to dress as Jeffrey Dahmer for Halloween
You may also like
2 years ago
Princess Charlotte received sweet gift from a fan when entering the church on Christmas Day
2 years ago
A newly published photo of Queen Elizabeth shows a side we've never seen before
2 years ago
Kate Middleton had the most inappropriate nickname for Prince William in university
2 years ago
Prince Charles is said to be 'furious' with Harry and William over their public feud
2 years ago
Meghan Markle has been unveiled as the December cover star of British Tatler, and she looks FAB
2 years ago
Prince Harry has opened up about his feud with Prince William, and we're emotional
Next Page