The Queen spoke about the happy memories she shared with Philip in Scotland.

Yesterday, Queen Elizabeth II spoke publicly about her late husband, Prince Philip the Duke of Edinburgh, for the first time since his passing earlier this year.

The Queen was opening a new session in the Scottish Parliament, and she told Members of Parliament about her husband's love of Scotland. 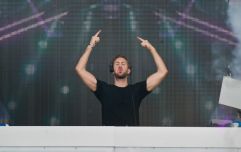 END_OF_DOCUMENT_TOKEN_TO_BE_REPLACED

The Times reports that she said: "I have spoken before of my deep and abiding affection for this wonderful country, and of the many happy memories Prince Philip and I always held of our time here."

She added: "It is often said that it is the people that make a place, and there are few places where this is truer than in Scotland, as we have seen in recent times."

In her speech, the Queen also said: "The beginning of a new session is a time for renewal and fresh thinking, providing an opportunity to look to the future and our future generations.

"Today is also a day where we can celebrate those who have made an extraordinary contribution to the lives of other people in Scotland, locally or nationally, during the Covid-19 pandemic." 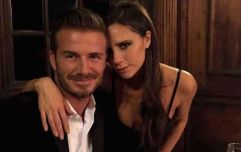 PHOTO: Victoria Beckham Shares Adorable Selfie Of Her And David

END_OF_DOCUMENT_TOKEN_TO_BE_REPLACED

In April, following her husband's passing, the official Instagram account for the royals shared a photo of the couple in Scotland on the Queen's behalf. 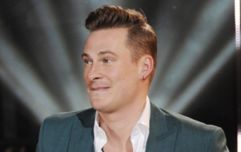 END_OF_DOCUMENT_TOKEN_TO_BE_REPLACED

The caption read: "The Queen wishes to share this private photograph taken with The Duke of Edinburgh at the top of the Coyles of Muick, Scotland in 2003.

"Her Majesty and the Royal Family are grateful for all the messages of condolence from around the world and have been touched to see and hear so many people sharing fond memories of The Duke, in celebration of his life."

popular
Love Island's Gemma finally tells villa about dad Michael Owen on TV
Parent's Benefit Leave in Ireland is being extended from today - here's what you need to know
Irish girls name was the most used Irish name in the United States last year
Love Island: Danica sets her sights on Andrew as Luca asks Jacques about his relationship with Gemma
Love Island fans lose it over Indiyah's question about Ireland
Prue Leith responds to her son's comments about abortion
10 stunning and affordable outfits that are perfect for a summer wedding
You may also like
1 month ago
Mum shares hepatitis warning after young daughter is hospitalised
4 months ago
An all-male panel celebrated a women in football ceremony
5 months ago
Scottish dance sensation Lily Douglas has sadly passed away, aged 14
7 months ago
Gogglebox on hunt for new family following complaints from viewers
1 year ago
Two schools in Scotland have been forced to close due to COVID-19 outbreaks
1 year ago
Scottish schools will re-open today for the first time since lockdown
Next Page