That's "Judge" Rihanna to you.

The Barbadian popstar has accepted a role in the upcoming series of The Voice (US edition).

Rihanna will act as a "key advisor" to the judges... and woe betide the contestant who gets on her bad side as the We Found Love singer is not known to mince her words. 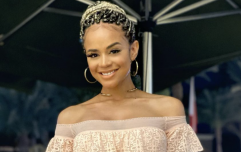 END_OF_DOCUMENT_TOKEN_TO_BE_REPLACED

Riri will follow in the footsteps of Taylor Swift and Chris Martin, who have previously served as advisors on the NBC show.

Aspiring chart-toppers would do well to listen to her advice too, as Rihanna has racked up record sales of more than 190 million. 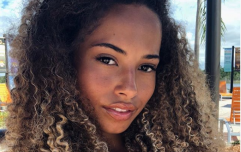 END_OF_DOCUMENT_TOKEN_TO_BE_REPLACED

NBC Entertainment Chairman Robert Greenblatt said: "We landed Rihanna to be the key advisor to all the coaches this fall."

"This is one of music’s true supervisors coming on board to influence the lives and careers of the performers."

popular
People are being warned not to dress as Jeffrey Dahmer for Halloween
Davide Sanclimenti opens up on having kids with Ekin-Su Cülcüloğlu as he turns down Dancing On Ice
Anna Delvey is set to be released from prison
Primark reintroduces female-only fitting rooms after two men walk in on woman
Hilary Swank, 48, reveals she is pregnant, expecting twins
So apparently George and Mollie from Love Island aren't actually step siblings
Why Are Men so Obsessed With Boobs? The Answer is Pretty Surprising...
You may also like
1 month ago
Jeremy Kyle's security guard Big Steve is now on Drag Race
2 months ago
Everything we know so far about the revived Big Brother
3 months ago
Why does a show like Love Island work so well?
3 months ago
Netflix looking for participants for Squid Game reality series
10 months ago
Vogue Williams to host new body image show Send Nudes
11 months ago
Channel 4 viewers not able for documentary about threesomes
Next Page