Last week, Sam took to Twitter to hint that he was going to break up with Stephanie following her actions with fellow housemate Jeremy McConnell.

For anyone who needs to catch-up on their CBB drama, Stephanie has been getting pretty cosy to the Irish housemate – even though she's dating model boyfriend Sam Reece on the outside. 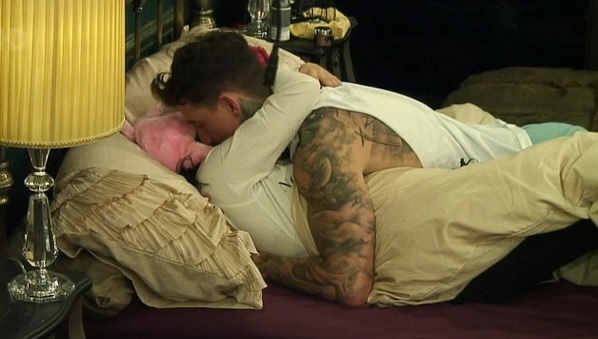 END_OF_DOCUMENT_TOKEN_TO_BE_REPLACED

Despite the cameras and claims that she thought her boyfriend Sam was going to propose before she entered the reality show, the former Hollyoaks star has continued to flirt with Jeremy throughout this series.

So when Gillian McKeith entered the Big Brother house last night to 'purify the housemates and remove toxins', she chose four celebrities to ‘help’ and Stephanie was top of the list.

She even told the actress that she was picking Stephanie because she is septic to Jeremy.

Moments after the announcement, the model tweeted:

popular
Tributes pour in for designer Virgil Abloh following death at 41
8 of the hottest make-up trends to try this festive season
The best memes from this year's Late Late Toy Show
Japan to close its borders to tourists to prevent Omicron spread
The internet is saying the same thing after Ryan's Toy Show opening
Strictly's Giovanni Pernice responds to dating rumours following split from Maura Higgins
Top 9 moments from the Toy Show we're still talking about
You may also like
2 years ago
Turns out, this colour of wine gives you the WORST hangover
5 years ago
Pretty Little Liars actor Brandon Jones could be facing over five years in prison
5 years ago
Gwen Stefani Receives Massive Backlash After "Insulting" April Fools' Prank
5 years ago
Katie Price Names And Shames The Twitter Trolls Bullying Her Son Harvey
5 years ago
Kim Kardashian Blasts "Body-Shaming and Slut-Shaming" In Brilliantly Honest Post
5 years ago
WATCH: Emma Watson Launched HeForShe Arts Week On International Women’s Day
Next Page