The star is now an ambassador for the Samaritans.

Gogglebox star and I'm A Celeb winner Scarlett Moffatt has addressed some of the online abuse she's received throughout the years.

In an interview with Grazia, Scarlett spoke about how she turned to the Samaritans to help with her anxiety. 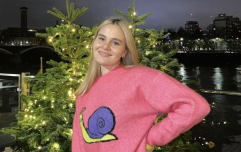 END_OF_DOCUMENT_TOKEN_TO_BE_REPLACED

"I called the Samaritans because I just needed to offload," she said. "It was getting to the point where I was pretending I was going go to work when I was literally just sat in the house.

"And as soon as I called, it was just this little voice of hope. I remember I hadn't slept well for a full week, but that night, I slept well after speaking to them."

Scarlett told the magazine that online trolling took a toll on her mental health. She went to her GP, who diagnosed her with anxiety and sent her for cognitive behavioural therapy.

"Women shouldn't have to grow a thick skin to put up with all this abuse," Scarlett said. "But I think until things start to change, it's good to have good coping mechanisms in place." 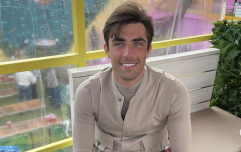 END_OF_DOCUMENT_TOKEN_TO_BE_REPLACED

Earlier today, it was announced that the Googlebox star would be the new ambassador for the Samaritans.

In a statement, she said: 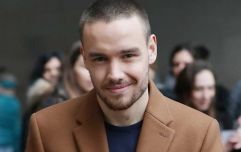 END_OF_DOCUMENT_TOKEN_TO_BE_REPLACED

"I’m proud to be supporting Samaritans, it’s a charity that is really close to my heart. When I called for support, I was totally overwhelmed and didn’t want to burden anyone with how I was feeling. It was so nice to offload to someone I didn’t know, and that first conversation gave me the confidence to speak to my family and friends.

"I’m not sure how I would be feeling today if I hadn’t called, having someone listen to me without judgement felt like a weight lifted. I want people to know that everyone struggles at some point, but it doesn’t last forever, and you don’t have to go through it alone. There is light at the end of the tunnel and there are people that want to help and are ready to listen."

In Ireland, the Samaritans can be reached for free day and night by calling 116 123. For more information on getting support, head to their website.

popular
Love Island's Gemma finally tells villa about dad Michael Owen on TV
Parent's Benefit Leave in Ireland is being extended from today - here's what you need to know
10 stunning and affordable outfits that are perfect for a summer wedding
Love Island fans lose it over Indiyah's question about Ireland
Irish girls name was the most used Irish name in the United States last year
Love Island: Danica sets her sights on Andrew as Luca asks Jacques about his relationship with Gemma
Viewers call out Love Island girls after they exclude Danica and Indiyah
You may also like
1 week ago
5 simple ways to build a more positive mindset, according to an Irish therapist
1 month ago
Study shows cost of living crisis is affecting period hygiene
1 month ago
Falling through the cracks: where do 16-18 year olds fall with mental health services?
1 month ago
Happiness diet: Seven foods to boost your mood and make you feel better
2 months ago
Feeling anxious or overwhelmed? This simple trick will help in seconds
2 months ago
10 things to do on the weekend to re-charge for the week ahead
Next Page