Well, this is a surprise.

Selling Sunset star Chrishell Stause and her boss Jason Oppenheim are officially an item, much to the shock of the show's fans.

After sharing photos of Jason kissing her neck while on holiday in Italy, Chrishell confirmed that she is dating the owner of the Oppenheim group. 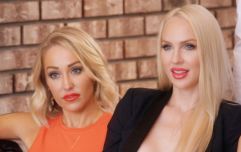 END_OF_DOCUMENT_TOKEN_TO_BE_REPLACED

A representative for Stause confirmed that the two Selling Sunset stars are "very happy together".

"Chrishell and I became close friends and it has developed into an amazing relationship," he said. "I care about her deeply and we are very happy together."

Chirshell also referred to the budding relationship in the caption for her most recent Instagram picture. 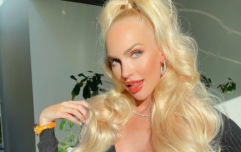 END_OF_DOCUMENT_TOKEN_TO_BE_REPLACED

Several of Chirshell's co-stars commented on the photo, congratulating her on her relationship status.

Chrishell's best pal, and Jason's former flame, Mary Fitzgerald commented: "Nothing makes me more excited than to see two of my closest friends together and making each other so happy!"

Fellow cast-mate Amanza Smith wrote: "I love you both! So happy it's out!! Ahhhh we can all just be normal now! Happy!!!! Makes me sooooo happy for you both!!"

Mary's husband Romain bonnet chimed in with: "So happy for you guys ! Finally people will stop with Jason and Mary hopefully" 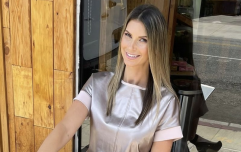 END_OF_DOCUMENT_TOKEN_TO_BE_REPLACED

Since it premiered in 2019, Netflix's Selling Sunset has become hugely popular with viewers. The show follows the luxury real estate agents of The Oppenheim Group in LA, and gives insights into both their professional and personal lives.

The highly anticipated fourth season of Selling Sunset is expected to air at the end of this year.

popular
Vicky Phelan says terminally ill people should have right to decide how to die
The internet is saying the same thing after Ryan's Toy Show opening
The best memes from this year's Late Late Toy Show
Omicron variant symptoms are mild so far, says doctor who discovered it
8 of the hottest make-up trends to try this festive season
We finally know what happened to Sam in And Just Like That
What is the 'yassify' trend and why is everyone doing it?
You may also like
3 days ago
Selling Sunset fans baffled over Christine and Emma's past
4 days ago
Personality Quiz: Which Selling Sunset realtor are you?
5 days ago
Everything we know about Selling Sunset spin-off, Selling Tampa
2 weeks ago
New agents, new drama: Netflix drops trailer for Selling Sunset season 4
2 weeks ago
A Selling Sunset spin-off show starring Jason Oppenheim is coming
1 month ago
Selling Sunset season 4 is coming to Netflix next month
Next Page