Our favourite fictional couple from the noughties just shared a selfie together and we can't cope.

Rachel Bilson and Adam Brody, who played Seth and Summer on The OC, were briefly reunited when they ran into one another at the airport.

Fans of the show immediately flooded her comments, with many sharing references from the show.

The photo also had lots of fans talking about a potential reunion.

It's been over 12 years since the teen drama ended so we'd love to see how the Newport Beach gang are all getting on now. 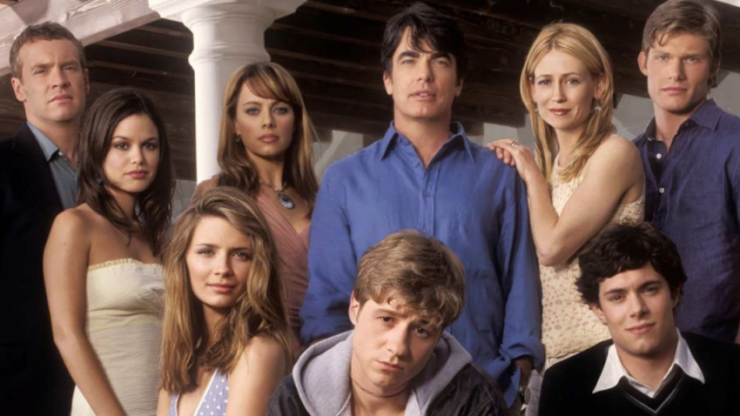 While any updated version of The OC obviously wouldn't include the full original cast (no spoilers), we know Rachel would be up for it.

popular
Meabh Feerick passes away after sharing that she felt "let down" by Irish healthcare system
Stacey Solomon mortified after walking around shop in see through leggings
Vicky Pattison thanks fans for support after doctors find ovarian cyst
Liveline listeners call for RTÉ's new property show to be scrapped
How to INSTANTLY unblock your stuffy nose (we swear this works)
Why Are Men so Obsessed With Boobs? The Answer is Pretty Surprising...
Gwen Stefani reportedly pregnant with baby number four
You may also like
9 hours ago
A TV adaption of One Day is coming to Netflix
6 days ago
Bake Off fans in tears after emotional final show
1 week ago
WATCH: The trailer for Netflix's Anna Delvey series is finally here
1 week ago
Everything we know about Selling Sunset spin-off, Selling Tampa
1 week ago
I'm a Celeb trials set to be different this year, producers say
1 week ago
Vogue Williams to host new body image show Send Nudes
Next Page