Singer Michelle Branch has filed for divorce from husband Teddy Landau after more than a decade of marriage.

According to People magazine she filed the papers on February 9th and cited irreconcilable differences. It comes a year after they separated.

She is also seeking joint custody of the couple’s nine-year-old daughter Owen Isabelle and there is a property settlement being worked out.

Michelle, best known for penning songs including Everywhere and Goodbye to You, and bassist Teddy tied the knot in Mexico in May 2004. 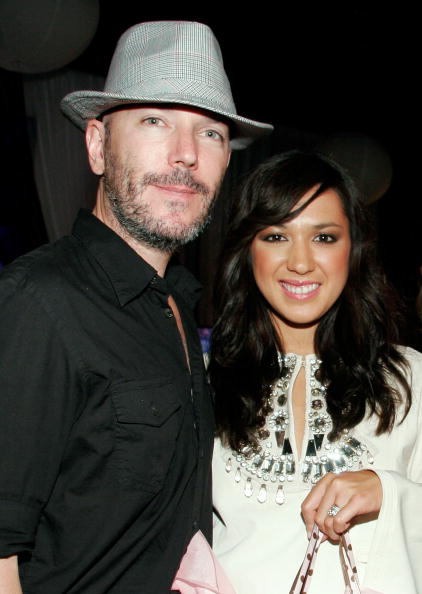 Michelle and Teddy in happier times.

popular
Stevie Nicks leads tributes following the death of Christine McVie
Gwen Stefani reportedly pregnant with baby number four
Mollie King announces death of her father just weeks after welcoming her first child
Gifts for Him: 18 affordable presents for your old fella, brother or boyfriend this Christmas
Here are the first four people officially heading onto Dancing With The Stars
Why Are Men so Obsessed With Boobs? The Answer is Pretty Surprising...
"You can’t imagine what it feels to have had a baby and yet feel like you didn’t"
You may also like
3 years ago
Turns out, this colour of wine gives you the WORST hangover
6 years ago
Lily Allen has revealed that she was stalked for seven years
6 years ago
Pretty Little Liars actor Brandon Jones could be facing over five years in prison
6 years ago
Gwen Stefani Receives Massive Backlash After "Insulting" April Fools' Prank
6 years ago
Katie Price Names And Shames The Twitter Trolls Bullying Her Son Harvey
6 years ago
Kim Kardashian Blasts "Body-Shaming and Slut-Shaming" In Brilliantly Honest Post
Next Page