Stacey Solomon has said that she's been "blown away" by the response to her pregnancy news.

The Loose Women panelist and Joe Swash announced yesterday that they are expecting their first child together. 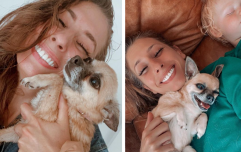 END_OF_DOCUMENT_TOKEN_TO_BE_REPLACED

Understandably, the pair were met with much surprise and delight as fans and friends alike congratulated them on their happy news.

Stacey later took to Instagram to share a photo of her, Joe, and her sons, Zachary and Leighton, to thank fans for their support.

She wrote that she was "over the moon" to be expecting.

"A rare moment where I’m awake," she started. "Just wanted to say we are so so grateful for all of the lovely messages we’ve received since sharing our news and each and every one means so much to us it really does.

"We are still trying to get through them all and reply back but we aren’t doing it very quickly so thought we’d post a massive THANK YOU from all of us we are so over the moon and excited and blown away by kindness." 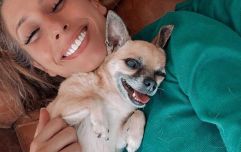 END_OF_DOCUMENT_TOKEN_TO_BE_REPLACED

Dad-to-be Joe announced that the pair were expecting their first child together yesterday through a photo of Stacey sleeping.

He said that he had been worried she was getting sick of him, but was delighted to discover that her constant napping was just because she was pregnant. 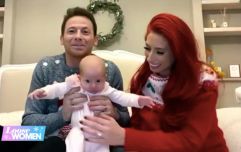 END_OF_DOCUMENT_TOKEN_TO_BE_REPLACED

"She still loves me and my company very much she's just been growing a baby," he wrote. "I can't begin to describe how happy we are to be able to share this wonderful news."

"We've been so blessed with three incredible children that we've had the privilege of raising and we are forever grateful to have the chance to become parents to another wonderful child.

"It's all very overwhelming and emotional and we couldn’t be happier right now."

Stacey has two sons from a previous relationship: 10-year-old Zachary and six-year-old Leighton.