The star admitted she is nervous about giving birth on her Instagram story.

Stacey Solomon has said that she doesn't want her pregnancy to end because it will more than likely be her last one.

The 31-year-old is due to have her fourth child with fiancé Joe Swash soon. 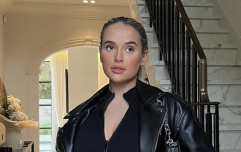 END_OF_DOCUMENT_TOKEN_TO_BE_REPLACED

"I'm in bed and it's only half 9, I can't just stay up anymore, I was laying here thinking," she said in her story.

"First thing I was thinking if I was still pregnant, I really thought I would have had it by now. I think this is the first time I've been pregnant and not wished the end away cos I know I won't do it again so I'm just kind of like clinging onto every second." 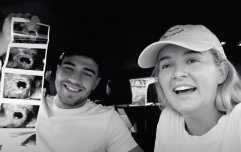 END_OF_DOCUMENT_TOKEN_TO_BE_REPLACED

While the Loose Women star is excited to welcome her baby girl, she admitted that she was feeling nervous about the labour.

"But I was also thinking I've also got to get her here now - I've got to push her out. I've been in denial about it for the last nine months I think. Hopefully, I'm just hoping it's number four so I'll just sneeze her out or a quick mazel tov - it's a girl. But I know it's going to be horrendous. I know it's not bad for everyone but I don't love labour if I'm honest - I think it really hurts."

Stacey and Joe, who got engaged last Christmas, welcomed their first son Rex in May 2019. Stacey is also mum to her two other boys, Leighton and Zachary, from previous relationships.

The couple made the decision to postpone their wedding earlier this year, as they wanted to have the new addition to the family in attendance.

The former X Factor star has been very open about her pregnancy on social media, keeping her fans updated through regular posts. She has promised she will tell them when she goes into labour.

popular
People are being warned not to dress as Jeffrey Dahmer for Halloween
Davide Sanclimenti opens up on having kids with Ekin-Su Cülcüloğlu as he turns down Dancing On Ice
Anna Delvey is set to be released from prison
Why Are Men so Obsessed With Boobs? The Answer is Pretty Surprising...
Primark reintroduces female-only fitting rooms after two men walk in on woman
Science says this is how many dates you have to go on before you find 'The One'
So, William and Harry have a step sister... and who knew?
You may also like
4 weeks ago
Woman in Portugal gives birth to twins with different dads
1 month ago
Katherine Ryan opens up on becoming pregnant after two miscarriages
1 month ago
Girlfriend of late footballer shares pregnancy news one month after his death
1 month ago
Natal Active, the celebrity favourite activewear for Mums & Mums to be launches in Ireland
1 month ago
John McAreavey reveals baby number two is on the way
1 month ago
Congrats! Ailbhe Garrihy is expecting her second baby
Next Page