'They started as our opening act'... Keith Duffy mocks Westlife

As most of you will know, Westlife announced they are producing another album and will go on tour in 2019.

The boyband got back together after what seems like a lifetime and it's safe to say that fans were very happy about the announcement.

However, now Keith Duffy has said that Westlife should thank Boyzone for their success as they first brought Westlife on tour with them. 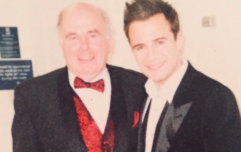 END_OF_DOCUMENT_TOKEN_TO_BE_REPLACED

“And I’m not saying that we don’t now but, I mean, the reality of it is, that Westlife started as Boyzone’s support act. They started as our opening act, they warmed up our audience for us on our European tour and our first two UK tours.

“I don’t know what happened in between that and now, but we don’t to seem to see the boys or talk to them very often – but there’s no bad blood as far as I’m concerned whatsoever.

“It’s gas because I work with Brian McFadden all of the time as you’d imagine, and Brian is never short to turn around and say Westlife were very lucky to get the start in the world they got because Boyzone gave them the support act on their show. But I’ve yet to hear any of the other members of Westlife give us any kind of credit for that, ya know! 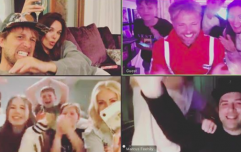 Westlife had a Zoom call over the weekend, just like the rest of the country

END_OF_DOCUMENT_TOKEN_TO_BE_REPLACED

“I don’t think their egos will permit them to say that they started on Boyzone’s stage to be honest.”

Oooh, harsh. He did mention however that he thinks Westlife "lasted the test of time" and "they stayed together a lot longer than most boy bands ever do which is a testament to the lads themselves.”

Take from that what you will.

Girls With Goals || Her · Ep.156: 'Beauty Returns' - Rebecca O'Keeffe is BACK and we're talking about viral beauty trends
popular
Palace source says THIS incident on the tour of Australia upset Meghan's staff
Tried and tested: I tried the viral TikTok mascara hack to see if it really works
Here's the average age people lose their virginity around the world
"I have a name:" Nicola Coughlan wants us to stop talking about actors' weight
Why Are Men so Obsessed With Boobs? The Answer is Pretty Surprising...
Staff working at Kensington Palace have a VERY harsh nickname for Meghan Markle
If you constantly have a cold nose, this could be the reason why
You may also like
3 weeks ago
Westlife announce "biggest ever world tour" and US live shows
2 months ago
Westlife songs ranked from worst to best: a definitive list
2 months ago
QUIZ: Can you name the Westlife song based off the first line?
8 months ago
Westlife are giving one lucky fan the chance to have them play at their wedding
11 months ago
Mark Feehily challenges Westlife fans to learn one of the band's dance routines
1 year ago
The hour-long Westlife special is being shown again this afternoon
Next Page