Bear was arrested in January and released on bail.

The Ex On The Beach contestant has been charged with voyeurism, the disclosure of private, sexual photographs and films with the intent to cause distress, and harassment without violence. 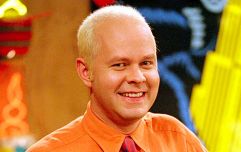 END_OF_DOCUMENT_TOKEN_TO_BE_REPLACED

The 31 year-old will appear in court, but a date is yet to be set.

Bear was arrested earlier this year at Heathrow Airport following an extended trip to Dubai.

The arrest came after Bear's former partner accused him of covertly filming her having sex with him.

She also alleged that he shared images and videos with others on WhatsApp and to his OnlyFans account.

Bear has labelled the allegations as "silly".

In January, a spokesperson from the Essex Police said: "A man has been arrested in connection with an investigation into the disclosure of sexual photographs without consent. The 31-year-old man from Loughton was arrested on Friday 15 January on suspicion of disclosing private sexual photographs or films without consent with intent to cause distress, harassment, and obstructing a police officer."

Following his arrest, Bear was taking into custody and later released on bail. 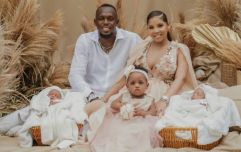 END_OF_DOCUMENT_TOKEN_TO_BE_REPLACED

He told viewers: "Welcome back I have missed you guys so so much, you are my YouTube Family.

"As you can see the channel has changed the new name is called the Investment Vault so I am going to be teaching you, yes you, how to start making some money.

"Everyone has made mistakes including myself but it's never too late to start changing and today is the first day when me and you lot start getting a bit more business savvy."