Poor Harry really hasn’t had an easy time of it this month, what with photographs of himself in the nip playing billiards and rumours of a sex tape.

However, it seems the scandal is set to worsen for the party-loving Prince as Radar Online reports that Cocaine was taken in his Las Vegas suite during his wild soiree.

An eyewitness said that the class A drug was taken by many people at the party.

"Things got pretty crazy in Prince Harry's suite that night. Everyone was drinking and drugs were also being used by some people," said the source.

END_OF_DOCUMENT_TOKEN_TO_BE_REPLACED

"Some people were snorting cocaine,” said the eyewitness who wished to remain anonymous because of the magnitude of the scandal.

Cocaine was not the only drug at the party as guests were also taking hallucinogenic mushrooms and marijuana.

“Some were already rolling on shrooms when they arrived at the party, and some were just high on weed. And that's exactly why no one there has come forward on the record…they don't want to be implicated for any illegal activities," said the eyewitness.

While the source did not see the Prince taking cocaine, he was not with him for the duration of the party, especially when Harry was getting down and dirty on camera.

The video of Harry having sex with a woman in his hotel suite has not yet been released but sources say the video’s owner is holding on until the price is right. 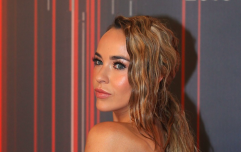 END_OF_DOCUMENT_TOKEN_TO_BE_REPLACED

“There is video of Harry partying naked with women in the Las Vegas hotel room.

“There have been some very quiet inquiries to see how much the video is worth.

END_OF_DOCUMENT_TOKEN_TO_BE_REPLACED

“If the video goes public this could be the biggest Royal scandal ever,” finished the source.

Her.ie is starting to feel sorry for poor Prince Harry and frankly, approaching the Queen after a wild party in Sin City would have us quaking in our boots!

popular
Eoghan McDermott is set to be replaced by another Irish comedian on Love Island Australia
Fashion detox: All you need for the perfect wardrobe is 37 items of clothing
Katie Price's family release statement after her reported arrest for drink-driving
Andrew McGinley praised for strength after cruel Twitter comment
Brian Laundrie's family issue statement as search due to be scaled back
You can now get Percy Pig hooded blankets - and we need them
TikTok star Gabriel Salazar dies aged 19, say friends and family
You may also like
1 week ago
Joan Collins among the first to receive coronavirus booster shot
1 week ago
Ashley Graham tells fans she's expecting twins in touching video
1 week ago
Amy Schumer has uterus and appendix removed due to endometriosis
1 week ago
Princess Beatrice has given birth to her first child with Edoardo Mapelli
1 week ago
Hailey Bieber hints that she's starting her own skincare range
1 week ago
Terrie McEvoy responds to trolls who commented on her pregnancy weight
Next Page